#1.
I overcame something this year that was a big deal for me. I accepted the position in church as the ward pianist. I've been playing the piano since I was an 8 year old, but I have some pretty amazing stories of skipping recitals, needing to reschedule exams and one important improv piano competition that I refused to attend when I was 14. I'm quite terrified, every week, when I have to sit up there and play the piano for the ward. I try not to turn around to see who is all there, but it won't matter .. if there was one person there or one thousand, the trembling is the same. I don't know what it is, but it's been a part of me since my first recital playing "From a Wigwam".

A few weeks ago at church I played a song that was more for the oldies. "O my Father", hymn number 292. It's one of the only hymns in the church that makes mention to having a Heavenly Mother. Once sacrament was finished I got a lot of bad feedback on the choice of song, but no one tried to sing it. My nieces confirmed that they didn't pay attention to the lyrics to see heavenly mother even mentioned. I don't know that anyone did in my ward.

So this is one of the reasons I don't like my ward. Many are quick to bite about something, but few are eager to try.

So sing you mother fathers.

#2.
No one, absolutely no one is pro-active in the ward, as a whole. We are a complacent bunch. This has me leaving church after sacrament every week. In 4 weeks we'll drop down to the new time slot given in the last general conference. 2 hours. I'm pretty ecstatic about that because of reason number 3.

#3.
Gossip.
I've entered the lobby a-plenty-o-times at church on Sundays to, if not my own name, a family members name leaving the mouths of the women who sit on the couches and "discuss important issues". I have family members who don't come to church because of that talk. The judgement. The assumptions based on social media.

The best one?
Those Reid's think they're better than everyone else and are snobby.

We're a peculiar bunch because our parents taught us to stick together and trust each other and they learned that from my Grandfather who had people in the community feel and talk the exact same way about him. I have always been taught to stick with family. At any church event that my extended family go to, like a magnet we seem to find each other and stick to a corner. It's not snobbery, it's just something that has been neurologically placed with a biological assurance.

I sound jaded.
Not my intention.
So how do I fix this.

#1.
Understanding that we are all human and we have emotions that bring out both the best and beast in us all. At some point in everyone's church life, you have not been happy being around certain ward members. There's two solutions to this. Keep going to church or stop going to church.

#2.
Having charity towards those who offend you. It's not easy to do, but it's doable, just like singing every Sunday is doable. If Charity is the pure love of Christ as we're taught, then we have to follow the commandment to love our neighbor as ourselves. It's not easy or comfortable to do, but it is possible, via charity, to look past the insults.

#3.
Figure out who you are going to church for.
You or them. 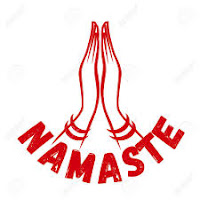