The boy came yesterday. His Mum had work and dropped him off just before lunch time. We had lunch, we danced we watched his shows, he pulled everything out of my cupboards, he snacked, he played with Hubs and then it was time for a nap.
Hubs crawls into bed with us when he woke up and they watched his Baby Vuvu video on the iPad. 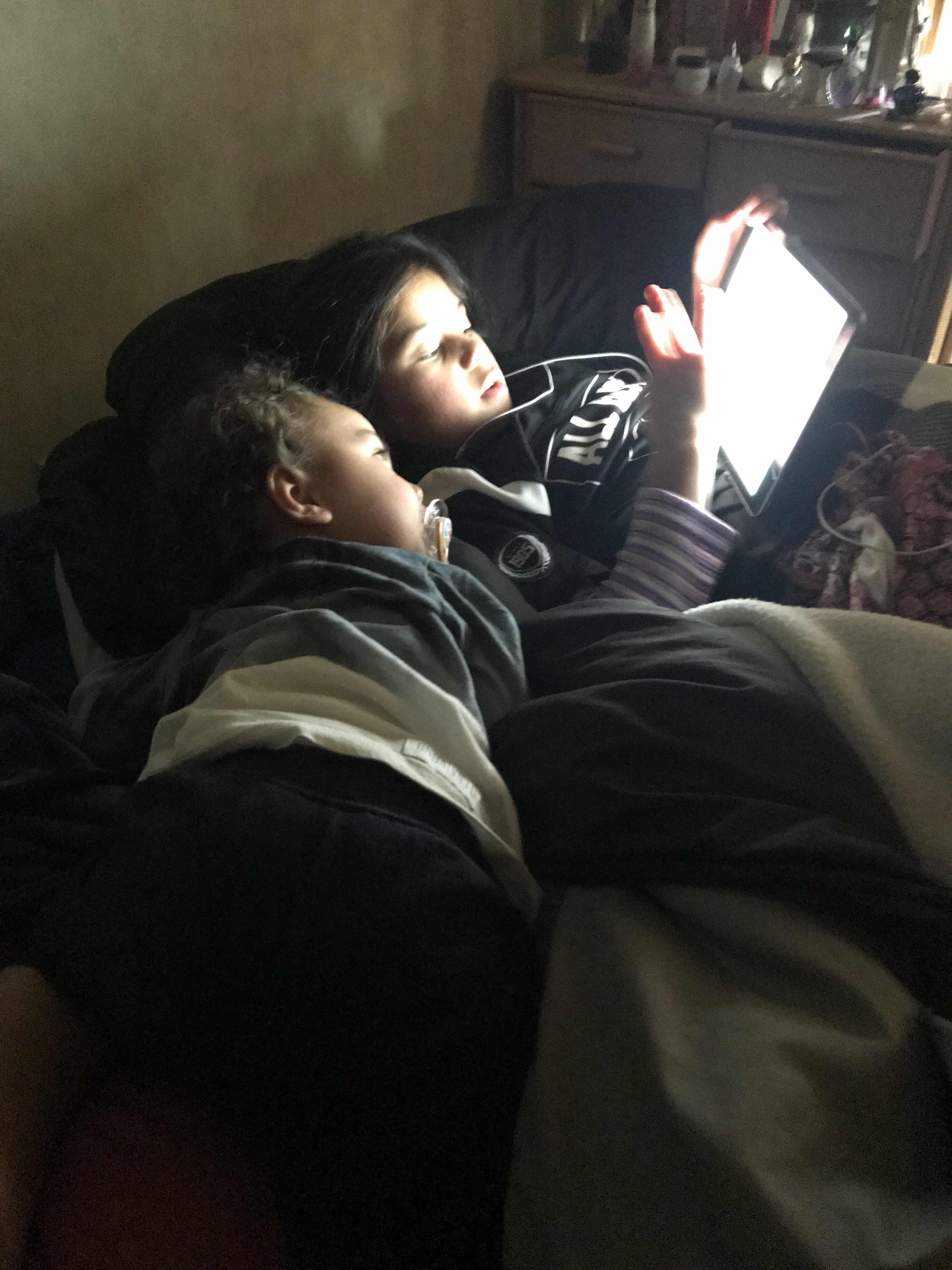 It was at this point he decided he’d had enough of Hubba and turned to come back to the head of the bed to where I was, but instead of turning right he ventured left .. fell off the bed. His cry was different and I quickly sat up while Hubs picked him up. My bed stands near four feet off the ground and despite he’d fallen off of it several times before, it was never on that side of the bed. Thankful that one semester of nursing school had taught me something, I quickly looked him over and saw the deformity in his right arm. 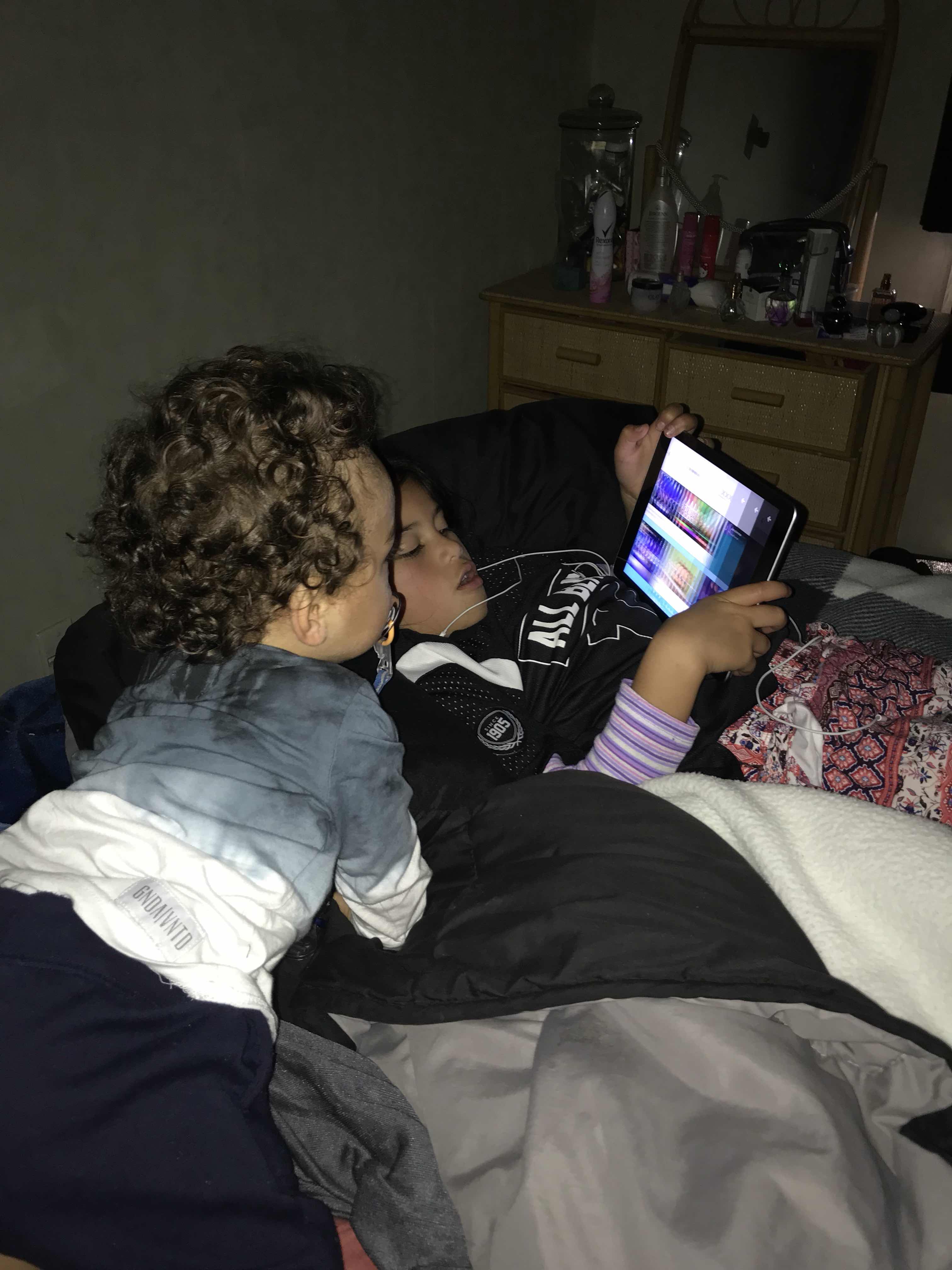 Our Stiddy broke his elbow. The bottom of his femur was snapped and was flipped making a V shape.
Blessing. 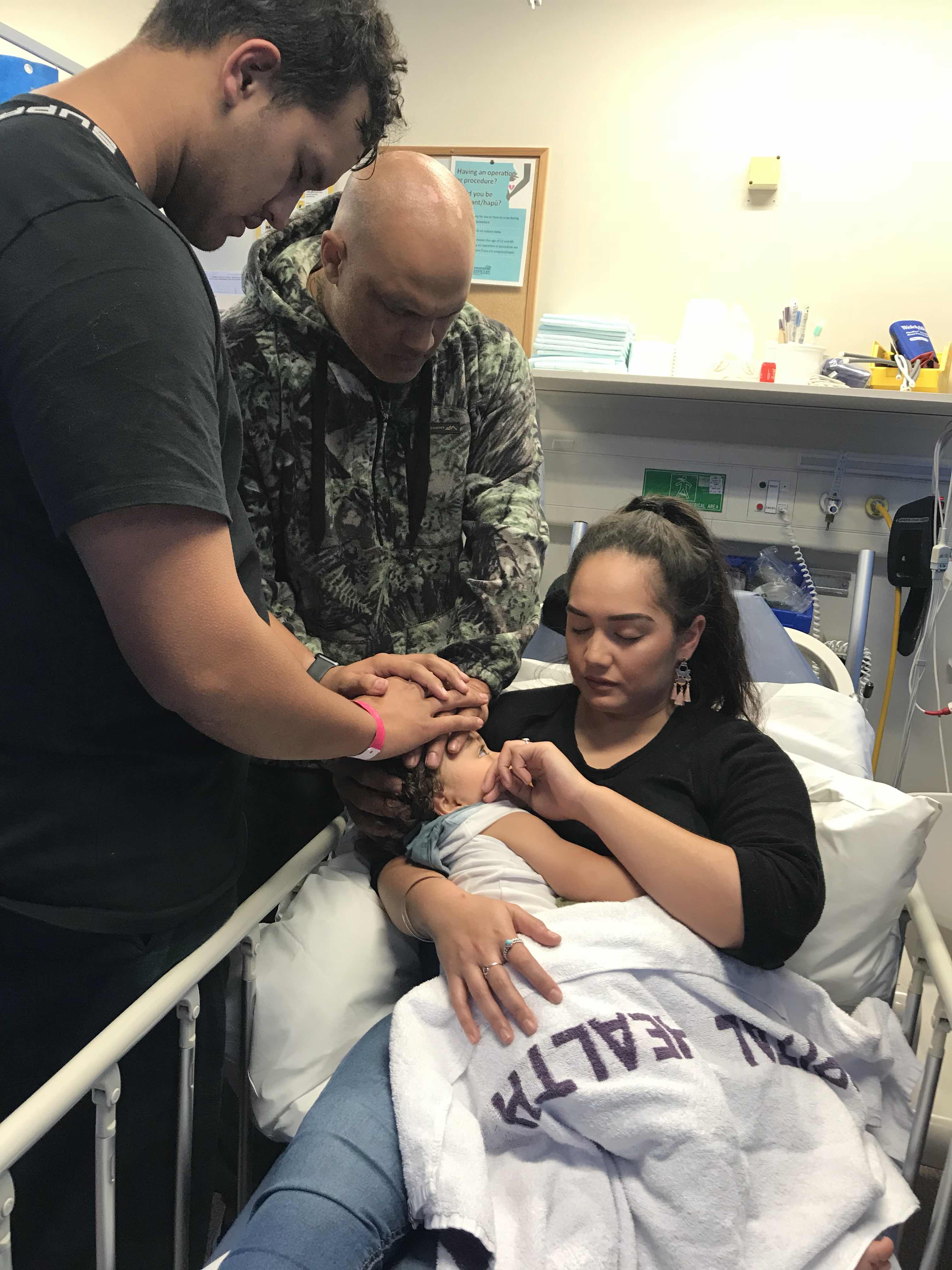 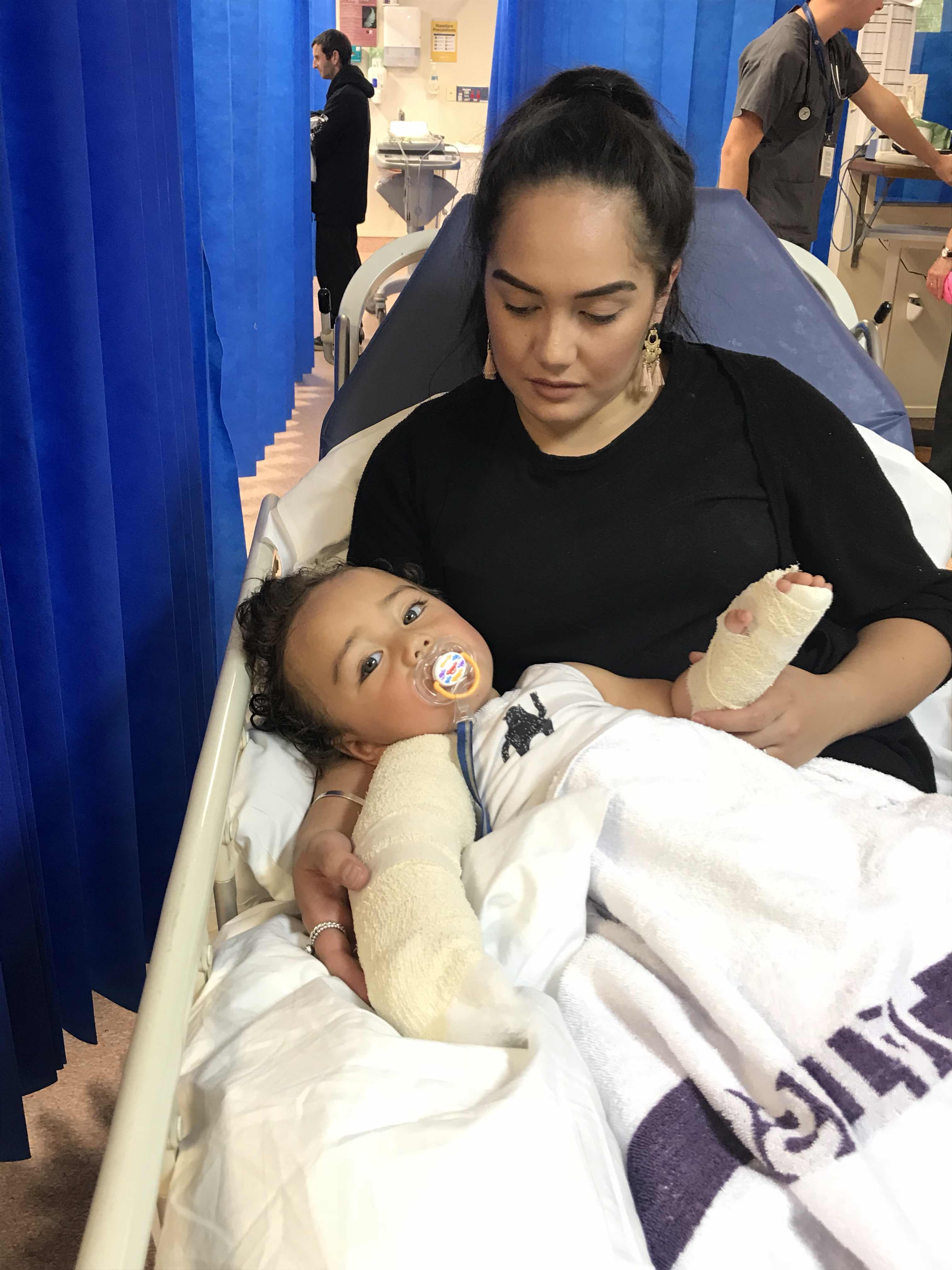 He got out of surgery late last night. Worst two hours ever. Doctors assured us it was a very common break and there was nothing to it. He’ll be rocking three pins in his arm for 6 weeks and a cast. I still feel bad about the whole thing now and get a lil bit teary eyed, but he is a trooper. That blessing did something ... soon after they put a line in his hand and he was pretty brave about it. 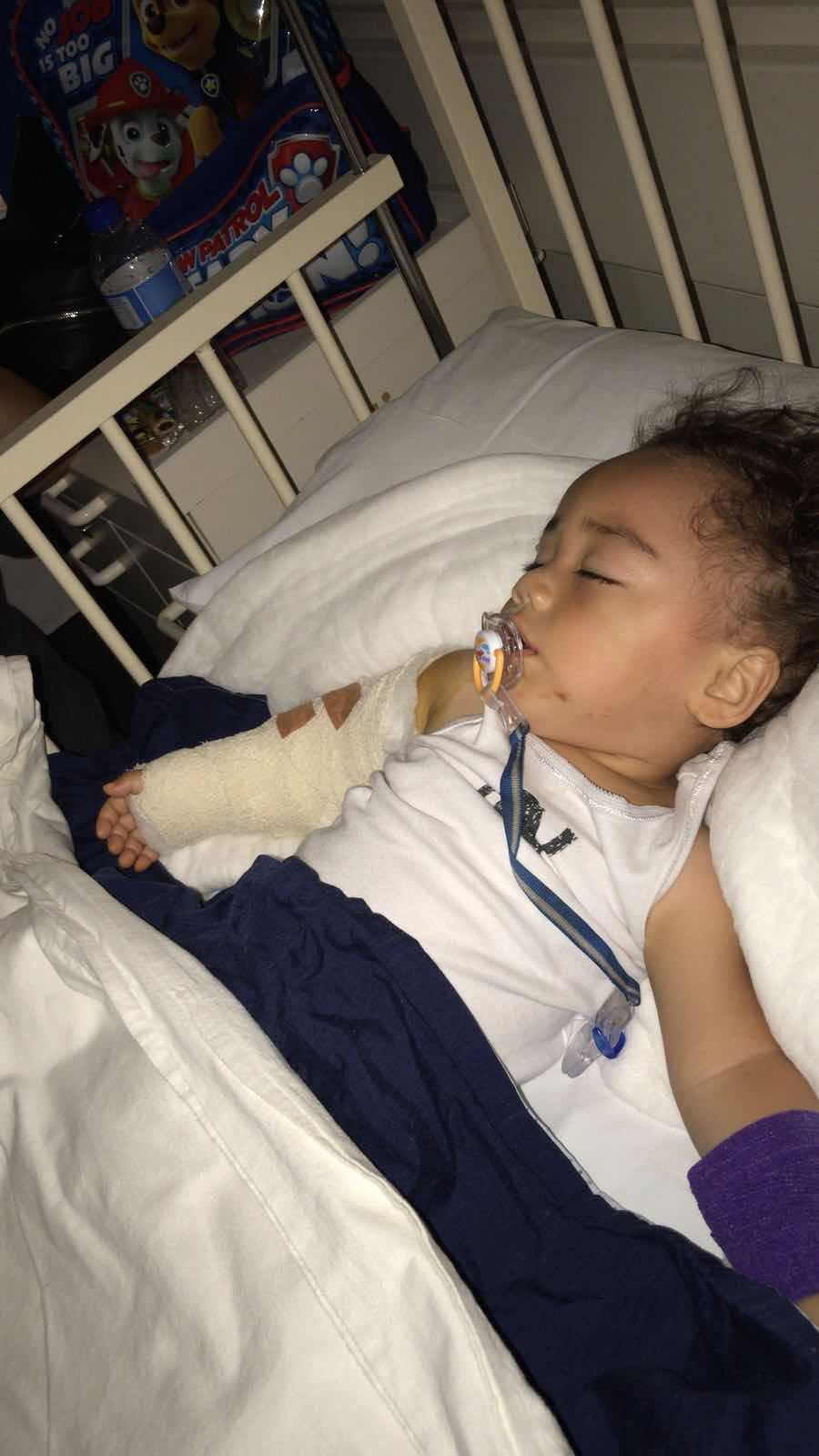 He was released from the zoo this morning and is home again and back to his mischief self. 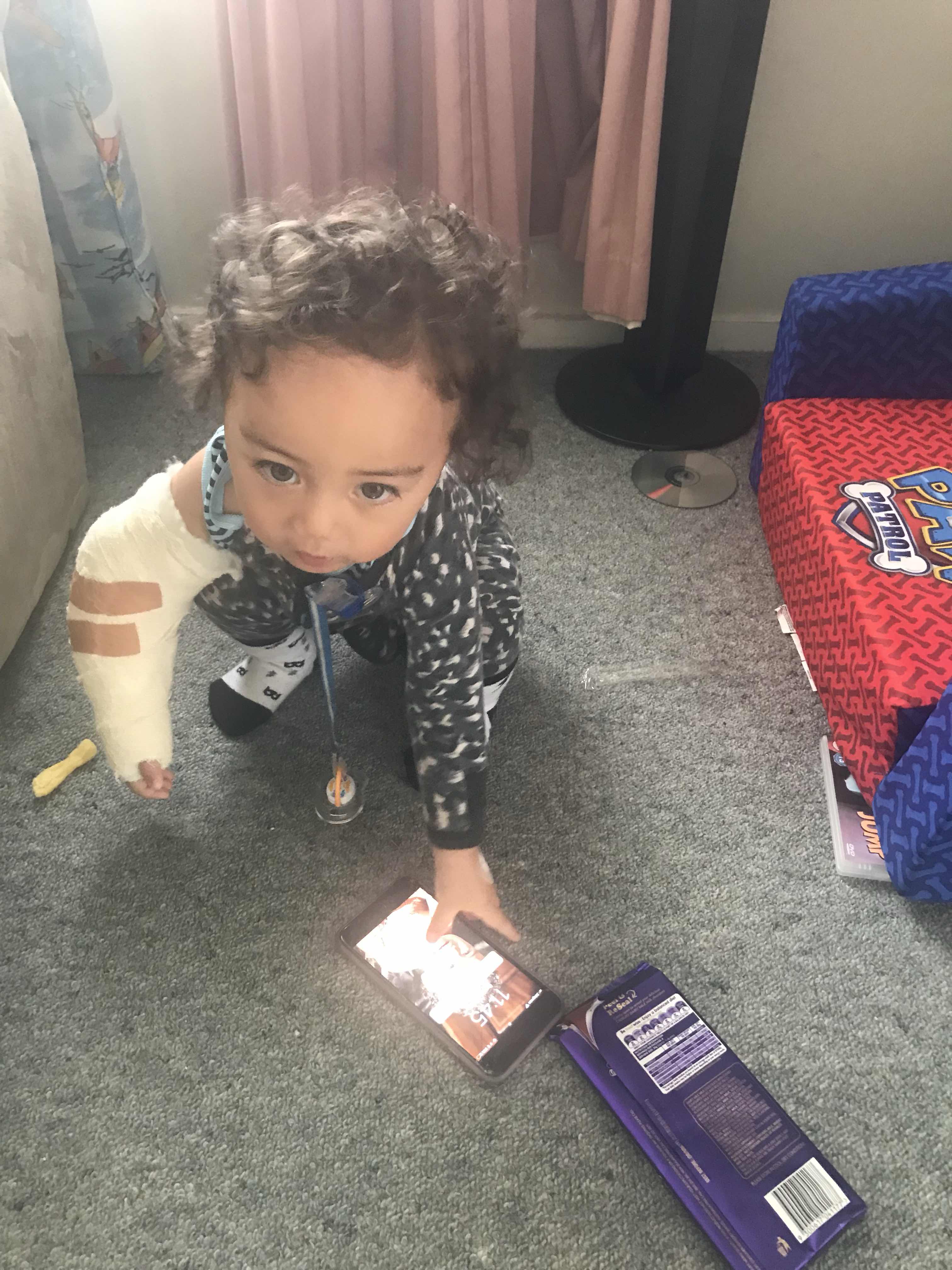 Leaving the hospital today we passed Aunty Tashi and Ngawi heading in .. Stiddy and his Uncle Nganz could’ve been roommates.
at May 27, 2018