It's OK to hate your kids sometimes.

My child will be 7 in 30 days. Lately I've wanted to give her away to someone who might like her when she does annoying things. She has this habit of stuffing her mouth with food. She told me once it's because she thinks someone is going to take the food before she gets to eat it all. I explained to her that this doesn't happen in our house and she doesn't need to be that revolting at the table.

Tonight she did it. Stuffed her pie hole with a piece of bread that she'd saturated with bacon hock soup. She sat there and looked at me about ready to vomit. I kept eating my dinner, sat back and observed, waiting for her next move.

Countdown has a new brand of sugar-free soda pop called Fizz and it's $1 a bottle. The lime flavor graced our table tonight at dinner time. Her cup waited for her and I think she thought it was going to disappear before she could finish her dinner and so we find ourselves with a mouthful of bread about ready to burst.

15 minutes later. Looking me dead in the eyes, she opened her mouth and out spilled one piece of bread saturated in bacon hock soup .. in liquid form. I'm dry heaving as I type this.

I imagined myself flying across the table and bouncing her head off of it, but as I sipped my lime soda pop, I told her to go spit it out, go brush her teeth and go straight to bed.

Mum.
What.
You're mean.
Why because I sent you to bed because you were disgusting during dinner time?
No.
Why? Because I didn't let you have fizz?
No.
Then why?
BECAUSE YOU DIDN'T LET ME WATCH FRIENDS AND CHANDLER WAS MOVING IN WITH MONICA TONIGHT!

I love you, but you annoy me so much that I want to drink vodka. 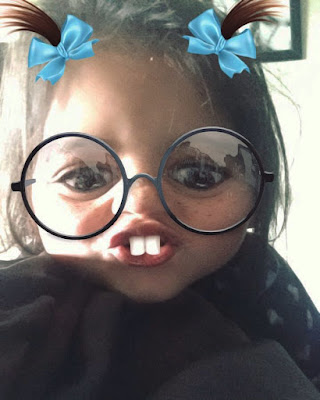 Kids are gross, but there's a growing body of evidence that shows that the trauma our ancestors endure (grandparents, great-grandparents) actually marks our DNA. So weird phobias like the food thing might not make sense now, but at some point it did, and that part of her DNA may have gotten locked "on". I recently came across some good resources about that, I'll try to find them for you. Because not only is that gross to watch, but it will embarrass her later, and it's not a safe or healthy way to eat.