September 22, 2016
I had an epiphany last week at church when I played during sacrament. There are 3 pianists in the ward and I'm one of them. After listening to my grandmother play Come, Come ye Saints with a carnival variation to it, I decided it was time to get over myself and utilize my talent by doing something in my top 5 fears. Public playing.

I tremble so much when I play the piano that it makes me bang the wrong notes all the time and when I hit a wrong note, it kinda all goes downhill from there - in my head anyway.

On Sunday I asked myself, 'Self, what is WRONG with you? These people raised you, you were raised with these people, you are helping raise these people and you're STILL chicken?'.
Myself had a point.

I've never played my piano so much, as I have done in the last week, since I've been home - 7 years. I've played it so much even Hubba moans when I open the varnished lid and get down with ebony and ivory and if you're my neighbors, those midnight hymns by candle light are a bonus of living next door to Beyonce me. 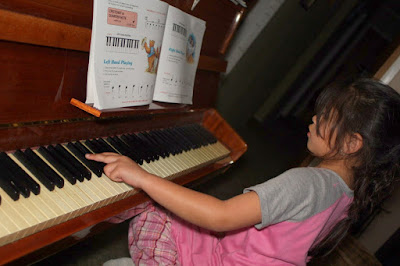 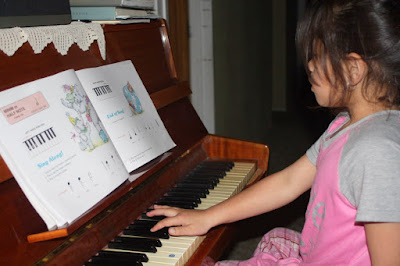 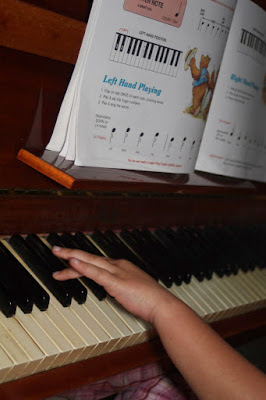 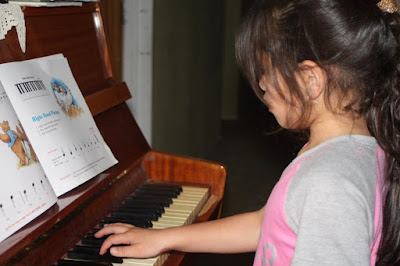 PS. To the community at large. I do not want to teach your children to play the piano. It's ok for me to grit my teeth at my child and whisper like Satan during piano lessons because she forgot where middle C was, probably won't fly with yours.