Eventually I knew I'd have to say it to someone.

Ok sooo, who's Mum? says the ED Nurse.
I'm Mum and she's Mum (pointing to Mitch), but we're not lesbians!

Hubba's friendship with cats, and possibly feijoa trees, is over. When she came back from The Farmers house tonight rubbing her eyes, like they were two winning instant kiwi tickets, I saw her eyes swell up quicker than you could say these nuts. Whatever it was that sparked the allergic reaction, it was enough to worry and take her to the hospital.

Did not pre-warn Mummy Mitch enough and had to tell her not to cry when she arrived at the A&E.

Tonight, as a parent, I learned that you have to be braver than your child during a scary time. Her eyes got worse during the drive to the hospital and at one point she said she couldn't see anything and began to panic when I told her to hold my hand and she couldn't see it in front of her. Silence means panic and you can't do that to a four-year old. A few years of parenting under my sleeve, I reassured her we were nearly at the hospital and that the Doctors were waiting to fix her right up. 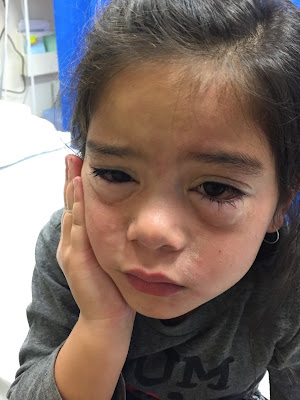 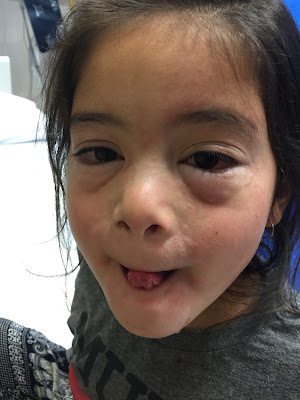 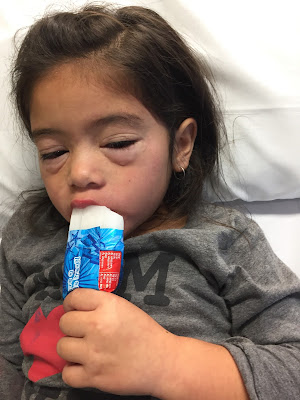 An hour later it was back to issuing her with death threats on the down-low because she was acting the fool. 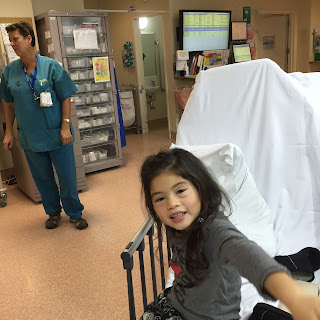 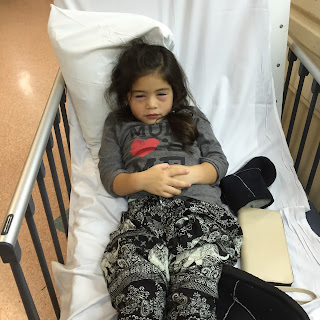 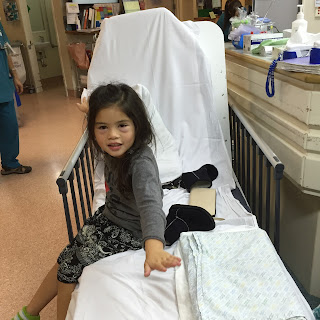 So what did they say?

Ginger cat and/or dust mites and pollen from shaking a feijoa tree.

Its funny, my dad was terribly allergic to cats too. My grandma would say she's channeling him :)