Ceviche de camaron. You're supposed to use raw shrimp and let the lemon juice cook it, but Pak n Save didn't have raw shrimp. I used bottled lemon juice too because I made this late last night and was too scared to walk to the lemon tree cos I'd been watching Finding Bigfoot all afternoon.
Those guys and their Bigfoot howls crack me up. I've been watching that show for 5 seasons and the only thing closest to Bigfoot that I see is one of the researchers, Bobo. I still watch it because it's hilarious.
Totally side tracked.
Tomatoes are expensive right now. $6.98 for a bag of maybe 6 in. Common during winter. The tomatoes aren't fresh at all, they've been frozen and defrosted, packaged then sold, but you have to make do. 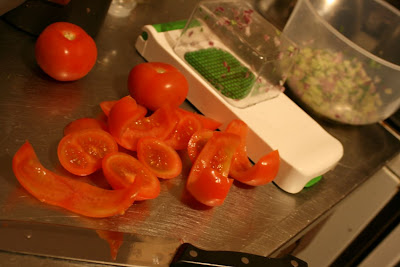 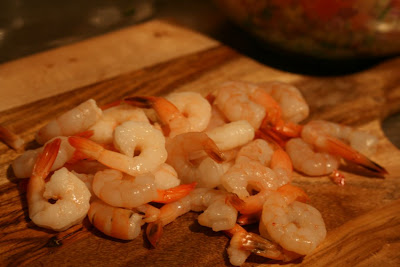 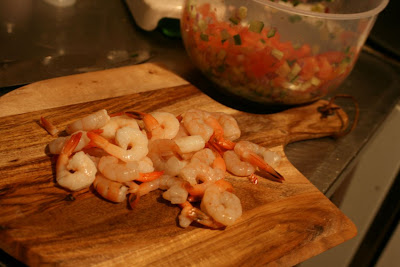 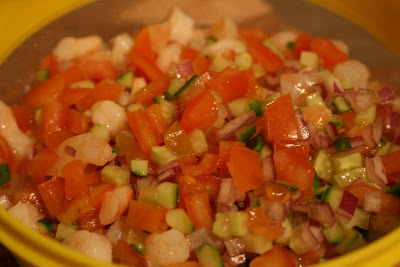 Tomorrow is a practical day, unless it rains and we're stuck inside again like today. We're going to pick the grapefruit, that's hanging on our side, from the neighbors tree for Aunty Harriet. We'll make jelly and tomorrows dinner is either Tostadas or Pupusas. If it wasn't so late, I'd go make them right now. 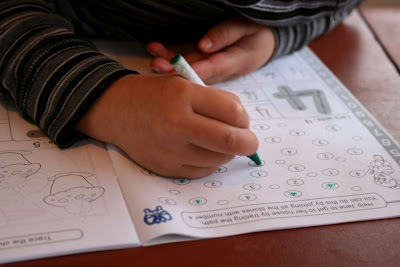 You should download my book in Spanish! Its free! And then she'll have it in English and Espanol :)