All Blacks vs England - Round 2.

If you remove the video monitors from the corners of the field, the players will look for the ball instead of looking up at themselves.

This is why the first half of this game went downhill quickly.

Imbeciles.
Second 40.
Obviously they got told off during half time, but it wasn't enough to create a big enough margin in the score.
AB - 28-27.
Well played England, well played. 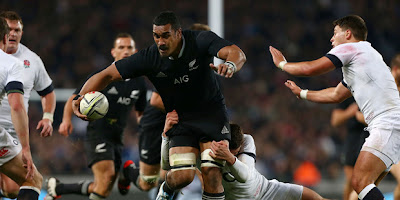