Funny what you can do when you're sick. I very much so am, but I'm going to brave the week at school this week because there are only 12 more school days left until the term is over (half way through the semester). I got my sphygmomanometer in the mail on Friday and BP'd everyone. Took it to church today and tried to BP the first few kids that came into sharing time, but the arm band is for an adult. I'll carry that sucker with me everywhere.

Sick made me stay home from the game opener for the Nash cup yesterday and sad to say, I may have missed the game of the season. Not only did they play the team who took the competition last year .. not only was Zac Guildford, the drunken All Black, on the field playing for his home team, not only was the game full of drama and power, but MAC WON. It just goes to show that a loss in the MAC family last week only makes them better. Rain, tornado or tsunami, I will not miss another game this season. Had a photo shoot yesterday. I'll share below.

Manned the primary ship on my own today. Brother 3 took a class for me, we were short a teacher, but we were also short the primary president and a counsellor. I knew one of them weren't going to be there today, but 2 of them? Lucky I got up for church in my sick state. 5th Sunday was singing practise. I'm burning into their little minds now the songs for primary presentation. If I don't, they'll sound familiar re-using the same songs. I told myself at the end of the year if the higher powers weren't going to call a music director and secretary, I'll do it myself so that when they ask me to speak in sacrament, I can decline citing my 1 plus 2 adjunct callings. Boxes of Favourites chocolates were $4 this week at Pak n Save. They were my bribery tools for the young padawans in primary. Then we played our version of The Voice. I asked who wanted to sing one of the songs we'd leaned so far this year, solo. First volunteer? My Hubba-Lush. She sang Jesus said love everyone and earned herself a chocolate and she'll also be moving on to the next round.

School tomorrow. Obviously no dice on the lotto. Did you know codeine is a cough suppressant? True story. Guess who my best friend is tomorrow. 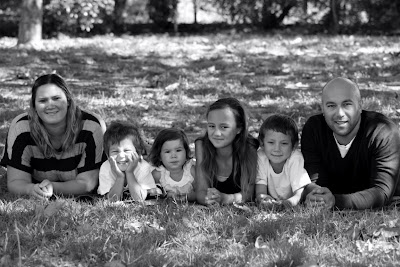 Stan the man is my younger brothers bestfriend. They've been moe-rons since they were 5. At 32, not much has changed apart from having wives and kids. They have matching tramp stamps.
Stans wifes sister, Trina, was a BFF at Church College.
at March 30, 2014