My house was insulated today, thanks to Climatic Insulation's.
We are ready for winter rugby season. 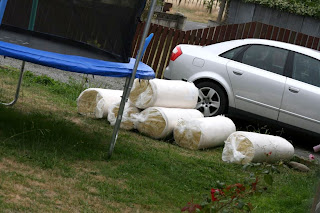 My bible for the next 3 years. 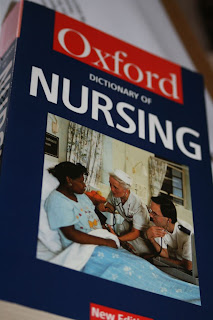 If at first you don't succeed, try try again.
Steam pudding. Not a fan of it, but always watched my Mum make it. I wondered why it was called steam pudding when they clearly boiled it in a bag sou vide style. I thought the 'steaming' was the hardest part, but I was wrong. It's burning the sugar that gets ya and after 3 failed attempts, I finally started to get somewhere. 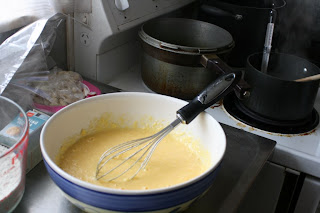 Sugar burns at a temperature of 350 degrees F. The margin for having successful burnt sugar and bitter burnt sugar is a nano-second long. I tried the thermometer approach. Fail. I tried 3 versions of burning sugar via youtube videos. Wrong. 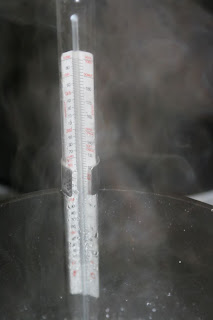 I tried the 'hokey pokey' experiment we all did in science as high schoolers. No. It was when my Mum rang from work to ask me what cut and paste was in computer jargon, that I asked her how you burn sugar for steam pudding. Everything I read online was wrong. For steam pudding, you have to get to the bitter stage before it's ready for the dry mix. 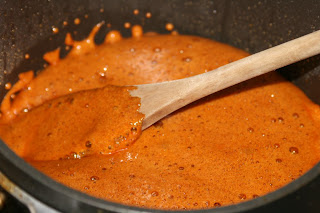 I got it to a point where the consistency was like molasses. I could have just used golden syrup and bought it to temperature. I wasted so much time with the sugar. That was not the point of doing this today. After 1kg of wasted sugar (thanks Mum you have no sugar for your weetbix tomorrow), a dozen eggs(thanks Mum, no eggs with your bacon tomorrow either) and a pound of butter (Mum, you need butter from Pak n Save), I was ready to start my observation.
All I wanted to know was if steam pudding could actually be steamed. I halved the batter and boiled one and steamed the other just like tamales. 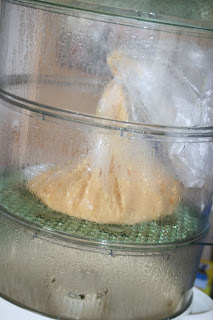 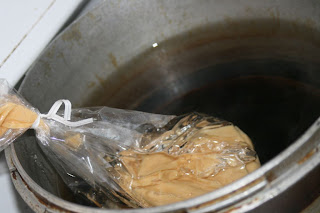 The one in the steamer was the winner. I didn't eat any, it's not part of my fresh eating plan, but the sounds that came out of Mitchy's pie hole were enough to make me wonder if her husband was home already. 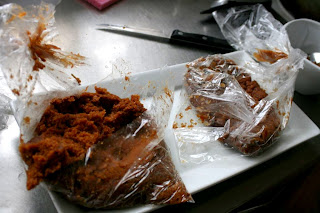 He gets home on Sunday, their 12th wedding anniversary.
I never want to make steam pudding ever again.
at February 07, 2014

Email ThisBlogThis!Share to TwitterShare to FacebookShare to Pinterest
Labels: foodie