Even as a grown up, my Mum still tells me off if I don't want to do something and it still scares me a little bit into cooperating. One of my older brothers still cries when he gets told off .. probably both of them. In saying this, I had no choice but to go to the disco lastnight.
Tashi decorated the rose bush. 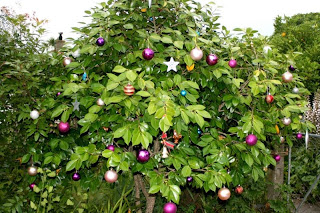 The Parentals are rocking a real tree this year. 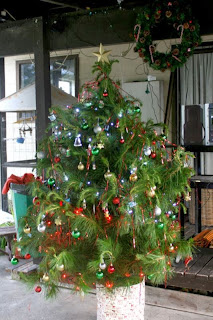 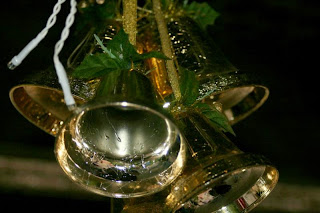 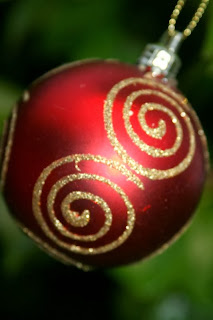 My nephews got orders to carry the cane couch out from the flat.
"Come on you boys be men and carry it"
"We're not men, we're women!"
I concur. 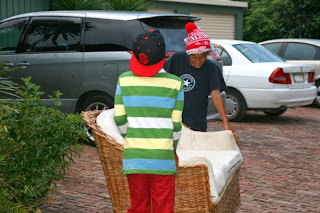 Ngawi dancing with his Mum. 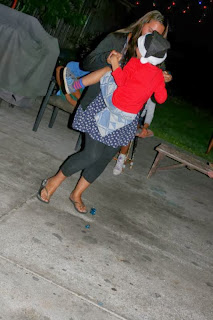 The disco set up. 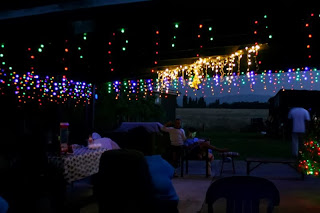 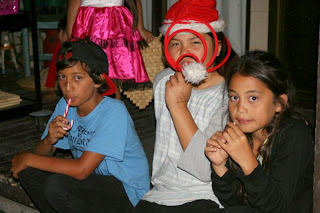 A few kids missing, but there were 20 of them. 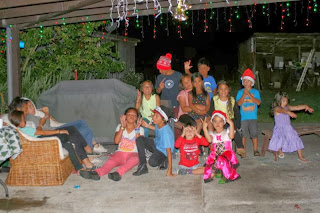 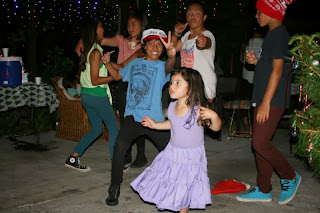 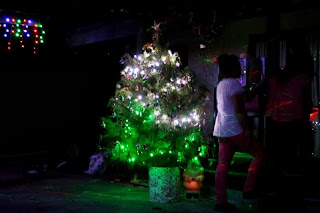 Disco balls are out. Papa Greg bought a laser light strobe for the occassion that synced with the beat of the music.
WaiWaiz. 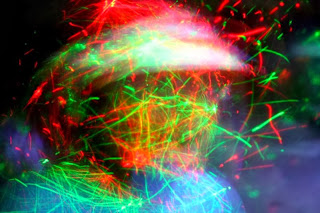 Last song of the night was for Uncle Larry, thanks to Coral the DJ.
A Thousand Years. 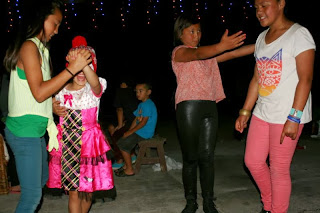 It was all over by 11pm.
I hate to see them all when they're old enough to go clubbing.
To Auckland manana.
at December 14, 2013