Impressed by the Chinese Lantern, Spanish Merchants came up with their own version of the lantern when they returned to Virreinato de Nueva España. Also known as farolitos (and someone will correct me if I'm wrong), Larry described extravagant displays of luminarias in Old Town Albuquerque, New Mexico during Christmas time. He always wanted to try it out here, but we never ever got the chance to.

We tried it out tonight. 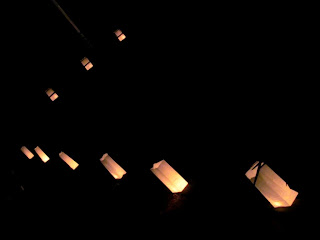 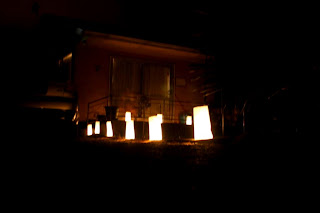 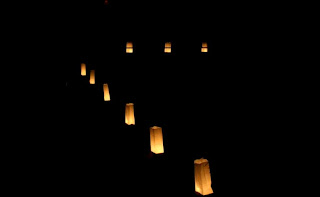 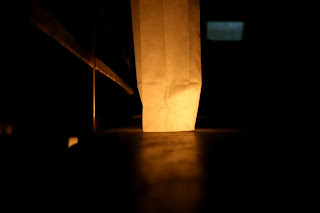 Nothing much, but they're pretty.
I'll forgo Christmas lights next year and do luminarias.
Hopefully I'll have a decking before next summer.
A 30' x 50' deck should do.
at December 27, 2013

Beautiful!!! We were going to do them on the boat, but the wind was 30mph :P