I told my sister I was the most expensive babysitter lastnight for them to have paid for my gas to get here and home again, since they desperately needed me and with a 60 litre (16 gallon) tank, it was their choice.

However .. what I didn't sign up for was for two kids to walk into the shower and ask me what I was doing while showering. Three kids to tell me they were hungry at 7am and for all 3 of them to fight several times before 9am. As the day went on, the job only got worse. I appreciate mothers with more than one kid now.

My sisters nearly 4 year old son, I've decided, is El Diablo himself. They tried to leave him here this morning as they went to the second part of their family weekend, but it was necessary to contest. Even she didn't want to take him, that's a sign my label of him is true.

Then they left the house and I was introduced to El Diablo's sister. We've been calling her Kia (know-it-all) for nearly 3 years now, but Kia is an understatement.

I've been ripped off.
Anyway .. took Poxy and cry-baby to the park. We had to wait for kids to leave so the other parents wouldn't stare at Poxy/Kia/Larell/El Diablos sister because her chicken pox are visible and there are lots (we've been calling her Freckles all morning). They enjoyed all of 10 minutes ... 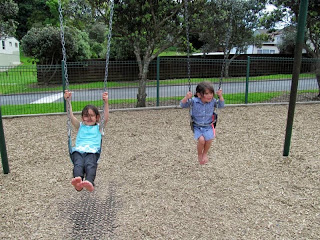 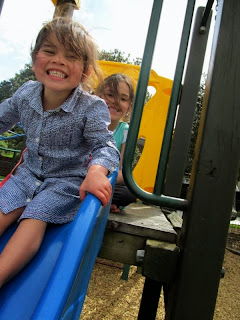 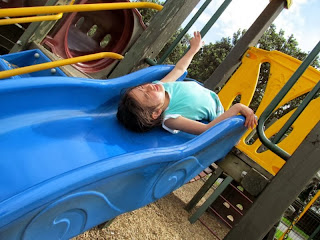 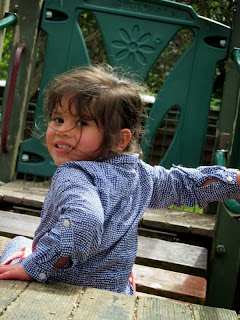 ... before this Nigel no mates lost the plot on the wobbly bridge and wanted to go home.
To Hastings. 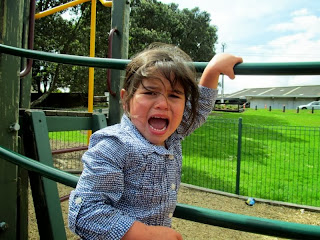 if hubba is lucky, shes like me and immune to chicken pox.