Cold wet day.
Pirates took out MAC this afternoon in a game most would consider a hiding. Last I heard, the score was 26-0 and MAC didn't score at all. 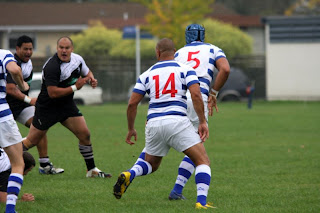 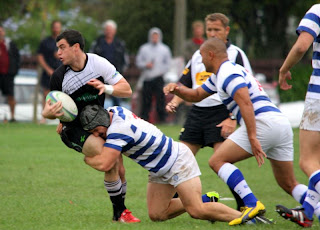 Ev played for Pirates 4 years ago before coming to MAC. 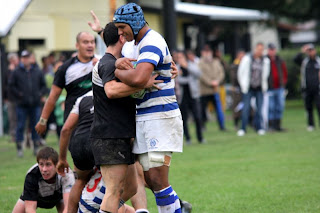 My brother told me tonight he was singled out by one coach, regarding a kick in the first half he made, during the half time huddle. What was said was enough to break a teams morale and was probably not a helpful addition to their loss. Let's put it this way, if my brother had walked off the field after the comment and quit, he would not have been the only one.

Team? Getting there.
Coaches? Need to reconsider their definition of team unity.
Tamatea got smoked this afternoon by Tech. 80-8.
at April 20, 2013