I had a dream lastnight that you weren't happy with me. I wouldn't have cared if the same dream didn't consist of Aunty Marva not being happy with me either.

I've had a bad month and yesterdays events were the cream of the crop. I hate idioms.

The early unveiling was had because it was only supposed to be a family thing. Maori custom calls for an obligation to feed the guests. I mentioned yesterday that the custom is unnecessary and to get around that, we decided it would be family only and we'd have a birthday dinner aswell. Unfortunately, it was a family member who told the entire ward and then some.

It p'd me off enough to just do it yesterday and spend Friday night watching Super Rugby instead and it was done.

I bathed the baby at 4pm yesterday. When the hot water tank fills it makes a noise through the walls. All normal, except the noise didn't stop. Before I even left the bathroom I could hear the waterfall in the cupboard that holds the hot water heater/boiler. I dropped some f-bombs and turned everything off .. then I saw sitting vertically with an open side, the rimu box that holds 20+ years of journals in the direct path of the waterfall coming from the roof. That's when I said, out loud, "Come on God, just one more thing" urging it because I've had enough. It left Tyler wide eyed.

It's been a crappy month. Everything has happened at all the wrong times and all I can think of is that there are people out there doing worse things, yet they're blessed. Why can't good things happen to good people and so forth.

I can't have the woe-is-me attitude, because I learned that if things are out of your control, don't worry about it.

... and that's why my broken car has been sitting out the back for the last 2 weeks and why my insurance will spike when I make a claim on the waterfall in my linen cupboard.

I told my sister I needed a strong beverage.
That cooking wine in my fridge is beginning to look awfully appealing.

Happy Birthday.
You should be here. 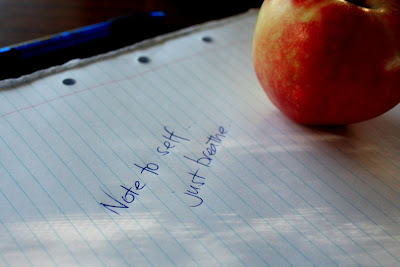 Email ThisBlogThis!Share to TwitterShare to FacebookShare to Pinterest
Labels: miss you