8am wake up this morning for the Primary Easter Activity.
Tashy did crafts. 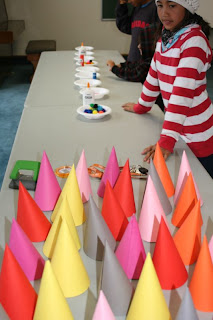 Here's Hubba. I didn't even dress her this morning it was too early to even dress myself properly. 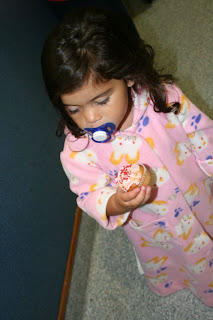 Our station was cupcake decorating. 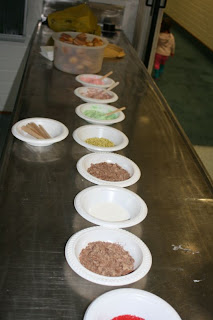 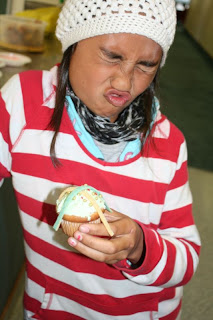 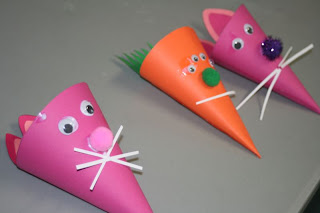 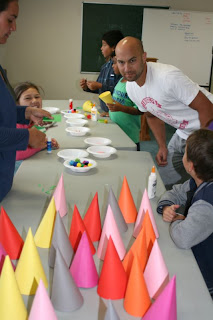 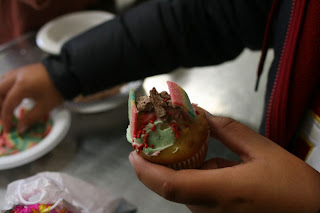 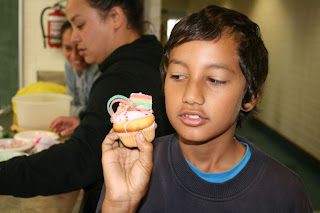 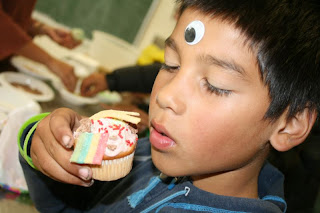 Great morning. Glad it's over and done with.
Tried to sleep some more but no one would let me so we waited around for 2pm and headed off to Central Hawkes Bay for rugby. 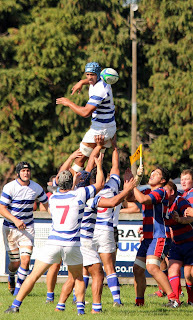 Once again I forgot my compact flash for my camera. Lucky I was able to borrow the MAC photographers camera (Thanks Brenda!). This allowed her to sit in the stands with the MAC supporters. My approach this year was just to shoot tackles, hits, tries and forms. The previous years I've shot the entire game in increments of 30 seconds. This shot my shutter eventually and I had to get it replaced. I came out with 99 photos today on Brenda's camera (a 550D). 79 were usable.
Here's Jeston going in for a try. 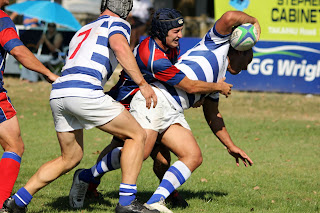 The end of the game. Cousin Everard and brother Jeston. 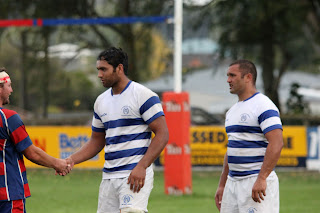 My thoughts on this weeks game.
32-30 to MAC. It's a team they should have beat with a score off the Richter, but errors they made through-out the game stopped that from happening. Again, I'm going to complain about the management/coaches. There are 3 coaches (now), I only hear one of them talking to their team. I have no faith in the coaches (yet) .. but I have faith in the team.
At the moment the team is all physique, no mentality. I think who coaches will make the difference.
Overall, good game, but there is alot of room for improvement. I hear their training/fitness has gone from 2  days a week to 3 days a week. I reiterate, nothing wrong with their physique ... they're in top shape. In saying that, they came together better than pre-season and I think the 22 were the right choice.