The first time Larry was admitted into hospital last month, he found himself in the Cardio ward for suspected heart issues. 3am on Thursday morning he was laying in bed and felt someone watching him. He turned to see a little old lady standing at the foot of his bed looking back at him. Before he could say hello she told him she knew he was suffering, but that God loved him. She told him that God doesn't give us these sufferings to punish, but to give us experience to better ourselves where he responded with "like how a carver of Jade polishes the stone for that extra shine". She smiled at him, knowing he understood, and nodded.

He tried to ask why she was in hospital and she held up her hand to stop him from talking (that gesture never worked when I tried to do it), and told him she was there to talk about him. She said everything was going to be ok, God was aware of his suffering and was well pleased.

They had a 30 minute conversation about life and Christ. She said her name was Christine and she loved that name because it had the word Christ in it. Abruptly, she told him she had to go and left.

That was November 15th.
On his last night when I asked him how he was, he told me he was exhausted. "I'm just so wasted" he said and as selfish as I could have been praying to hold on to him, I simply asked that night for him to be comforted and not to make him well. 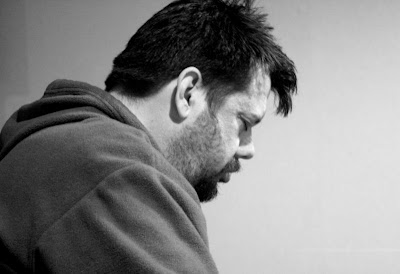 Quite often, Larry prayed for the release from all of this he so sought.
He got it 9 days after Christines visit.

Hospital records told us a "Christine" passed on the 13th of November.
You work it out.
at December 21, 2012

Email ThisBlogThis!Share to TwitterShare to FacebookShare to Pinterest
Labels: Larry, missing you, without you