Unlike last year, I wasn't feeling halloween this year and vowed to not be home when I saw the first signs of kids coming down the street. My niece Nessa was in the first wave of kids, as soon as I saw her I got in my car and gapped it. I didn't get candy because I'm preparing for a great Christmas and even if I had, the amount I would have got wouldn't have been enough for the amount that came.

I spent 4 hours driving around taking candy from my nieces and nephew.
Jeston & Rome waited at the chapel for their party. 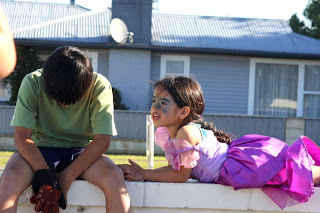 Hubbalush wasn't interested. She didn't need a costume to show everyone she was a witch. Halloween is everyday for her. 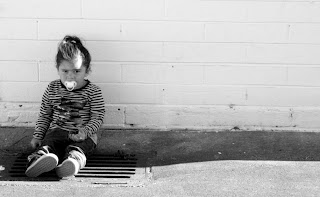 Today I went to watch Shai play touch rugby.
It's a pointless pointless game. I really don't get it. It's slow, it's boring and I'm pretty glad it's 15 minutes a side. I had to come home and watch rugby game repeats to forget the blasphemy that is touch rugby. 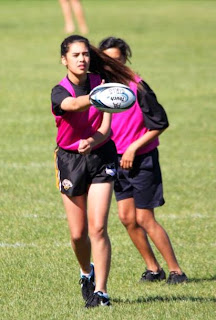 Despite my attitude towards the game and the fact that it was the first and last time I'm ever going to a touch game ever, PA Pink played well. 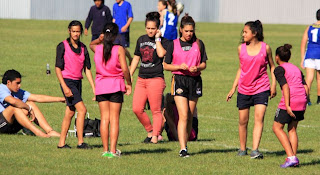 The 47.
Knocking off a few from the list.
After finding real canned crab, I was finally able to make Crab Cakes. 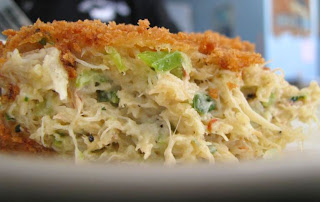 Red chile Mole. The anise in this recipe made it interesting. I'd omit it next time for vanilla because it goes better with chocolate than the anise did. 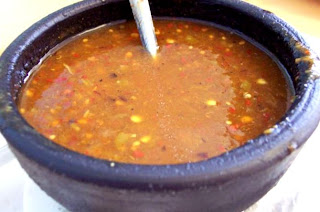 Caldo de Siete Mares.
Had to buy a dried crab for this because no one had fresh ones. 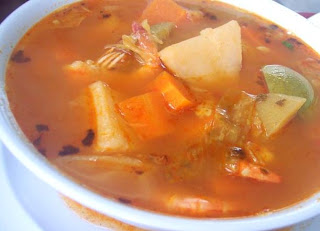 Forgive the iPod photos.
Sometimes it's just handier.
at November 02, 2012

Email ThisBlogThis!Share to TwitterShare to FacebookShare to Pinterest
Labels: halloween, sports, the 47