Houses are hard to come by in our community and my brother was 2 days into his off week from work and a house became available. They've been waiting for something for 18 month and it really came at a good time.

Some people say that rennovating does something to the overall feeling of the house. It's said that the spirit of previous owners always linger and when you're doing something that they don't want done, you get the feeling that it's wrong. Maybe I've just watched too much Ghost Hunters, but read on.

This was a house that needed some serious TLC. My grandmother told us that it was the gem of the street back 50+ years ago. For years it had fallen victim to neglect and we've all spent the last week scrubbing, painting, bleaching, mowing, digging .. you name it. 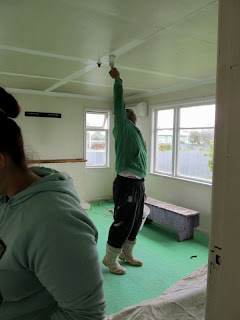 My brother painting the ceiling in the lounge. 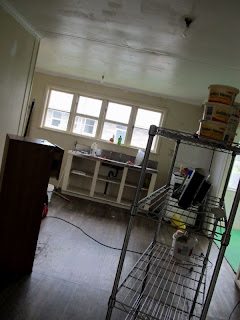 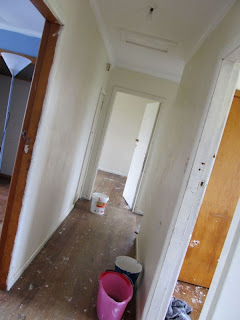 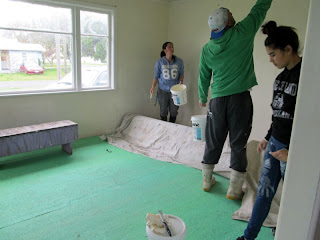 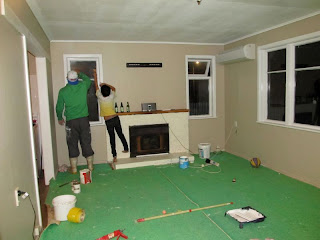 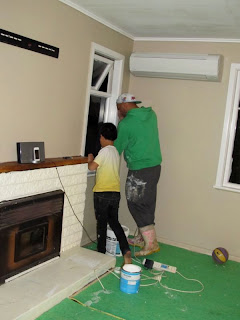 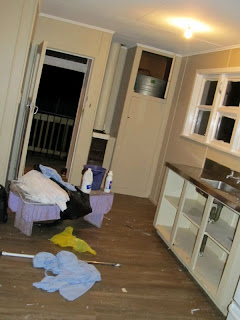 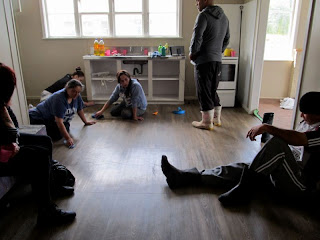 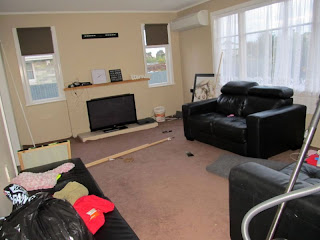 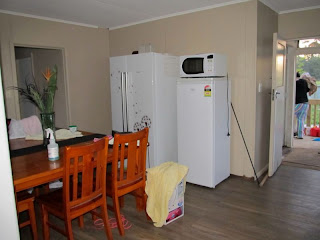 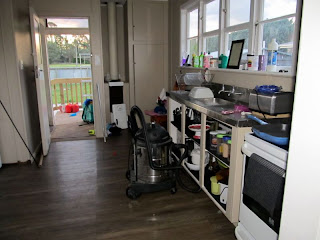 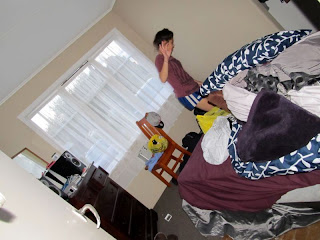 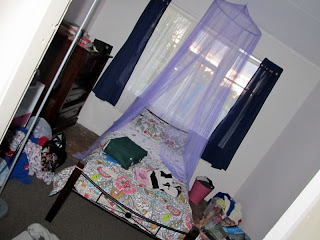 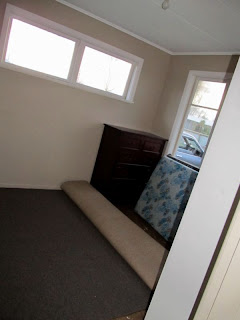 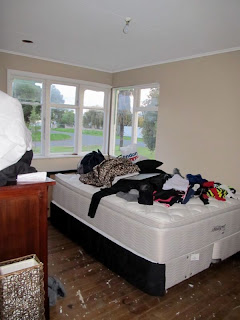 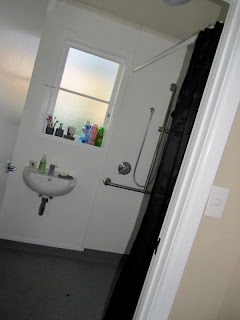 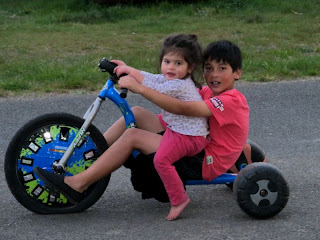 The house is on a cul-de-sac street. This stuff is safe to do. 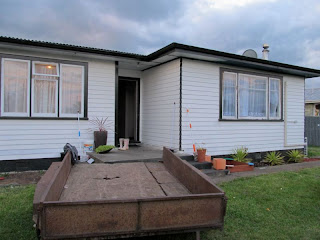 The outside. My mum planted yucca's and I'm not sure if my brother water blasted the outside. 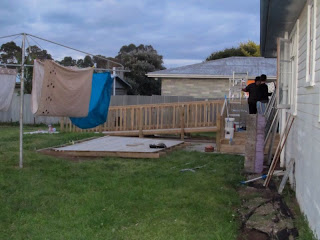 The back.
My mum commented on how the house has a nice feeling to it despite it's state for the last several years. She said it's as if the house is sighing a sigh of relief. Like it's been waiting for it's renewal. Glad they have somewhere. It's backyard literally turns into the school field so the kids don't have to walk far at all to get to school. It's on a cul-de-sac street and 100 yards from the chapel. It really was a prayer answered despite the work and effort to make it liveable. 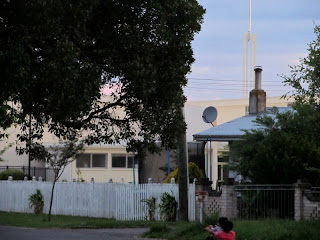 This is how far they live from the chapel and I can guarantee you, they'll be late every Sunday :) 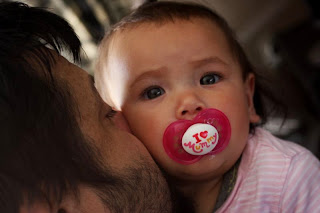 Leven having kisses with Uncle Larry. 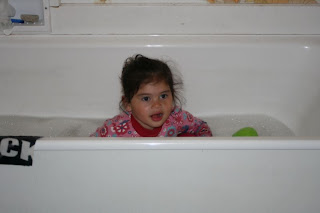 Let me tell you the story.
I bathed her, dressed her, fed her and turned my back for a minute before I heard her calling:
"Get out. Out peeease. Ouuuutttt".
Only for a minute.
at October 11, 2012