Mid October is labour weekend for Hawkes Bay and it's tradition for the AMP show to fall on labour weekend. It's a carnival, swap meet and farmers market all packed into 3 days. It's been a while since I went (15 years) and I would not have gone if Tyler didn't have her assessment today at the show.

Much to my dismay, my 19 year old niece decided against nursing school and entered a  program with Te Wanaga Whare Tapere O Takitimu Performing Arts School. I've been pessimistic about her choice of education since the semester began in July, but after seeing her perform today I've had a change of opinion.

She really did do us proud today. Unfortunately, Uncle Larry, who she wanted there more than anyone, wasn't able to make it because of a harsh night on PD. 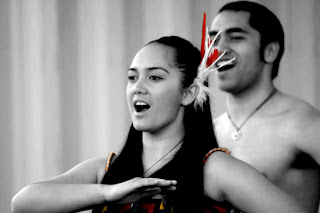 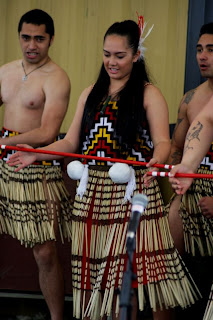 We've been telling her to shut up for the last month when she practised at home. 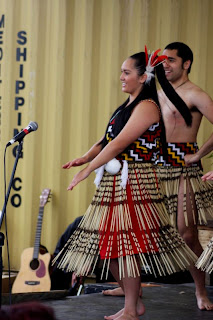 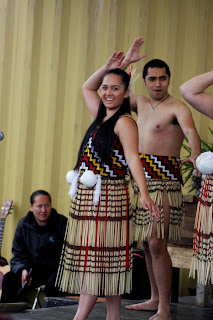 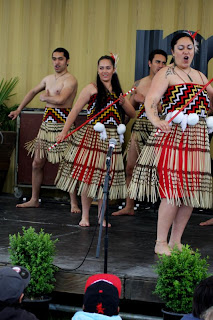 The Pukana. The wide eyes and wild stares were used to scare off the white man when he arrived at the sunny shores of NZ. That's when our people use to be savage .. now we have McDonalds so white man meat doesn't appeal so much anymore.
Keep in mind .. it was the Hawaiians who killed Captain Cook not us! 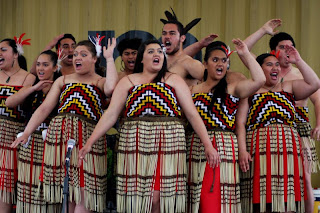 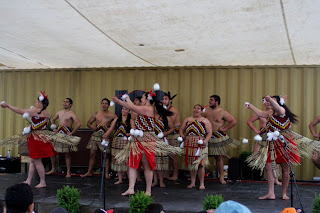 ... and here's a random pig that was next to the stage. 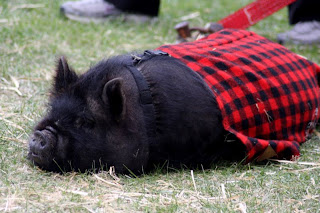