Straight from 1986, give or take a year.
Which one am I?
Center with blue. I'm glad my sister wasn't in the same photo. Despite being 20 months younger than me, our mother dressed us the same to avoid fights. 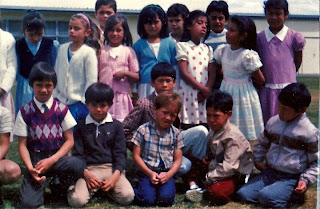 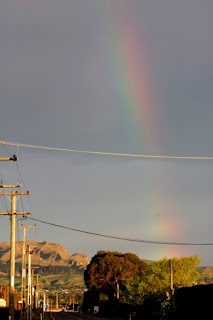 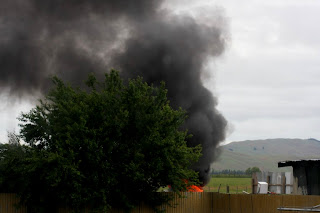 What the neighbors think about the environment.

The weekend with Larry went fantastic. A power outage yesterday, gales, had us start manual bags. More fluid came off using the freeline solo bags than what comes off on the machine. I don't know if it's gravity, a poor pump in the machine or the fluid restriction he's been sticking to that's done the trick. Either way, the PD nurses will be happy tomorrow when they find out his weight is stable.

It helps that I installed a lock on a cupboard and put everything in there that he can eat in moderation. If it were out in the open, he'd down it all. It's killing him not having what he wants ... ironically, it's keeping him alive not giving it.
at October 23, 2012

Email ThisBlogThis!Share to TwitterShare to FacebookShare to Pinterest
Labels: photography