After lunch at Breakers with 7 kids, which turned out to be not so bad, it was League time.
Rugby League is a faster game than rugby and you only have 5 chances to run the ball down the field to your try line before it gets turned over to the other team. Less team players than rugby and it's played on warmer Saturdays.
My cousin Ephraim, he has the ball, played for the team my team played against. It was hard to know who to cheer for today because of that. He got their first try for the season. 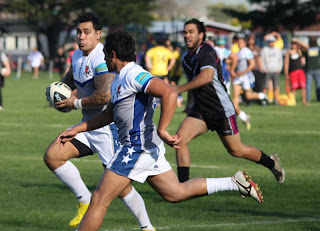 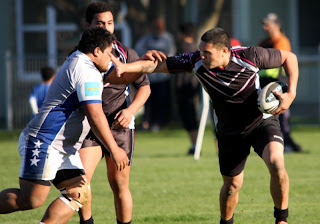 Bridge Pa League vs Outkast.
They did not win.
58-30 to Outkast. Good game though. 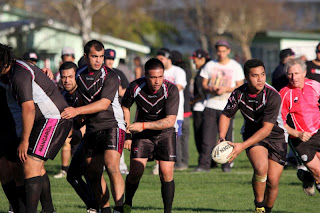 This is why it's called Hawkes Bay.
I stood outside for 20 minutes before the bird flew away. I should have taken a photo of all the shoes I tried to throw at it to get it to move. 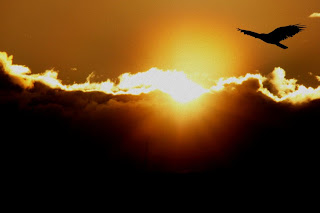 Happy USA Anniversary Splinegod.
I think you're the bravest person I've ever met and it still makes me giddy to know you are mine forever ... and I'm yours ... good luck with that last part.

Tonight is the first game for the Rugby Championship competition, once known as Tri-Nations, it became a new comp when Argentina entered. Basically, four southern hemisphere teams playing for the Bledisloe cup. The All Blacks play Australia in Sydney tonight and Argentina play South Africa in Cape Town at 3am.

As much as I'd like to go for the underdogs (Argentina), New Zealand need to bring their game tonight to hold their rep as the World Champions.
The Wallabies have a good team this year.