I've been hunting for a turkey. The Mad Butcher told me I had to special order the bird a week before I required it. Stupid. I called New World supermarket and they've been telling me for a month that they'll have the birds in next week and it will cost between $25 - $30.
A day away from running one over on a back road, New World called to say they had the birds and there weren't many so I needed to be quick.
$60 later I have a turkey the size of a fat chicken. On the packaging it says it will serve between 8 - 9 people .. if you do the math, 15 - 16 of my guest will be eating chicken.
Of that, I am not thankful. It doesn't even have a thermometer in it's butt like the Butterball ones do. 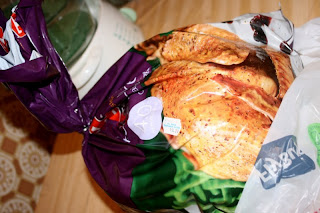 On a happier note. My centerpieces have been assembled. The glasses were $1.50, the ribbon $2, Cellophane $1 and the LED flickering tea light candles from TradeMe, $10 for 12. 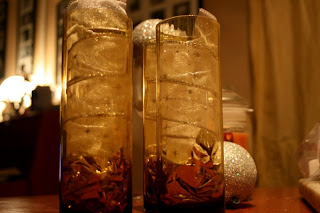 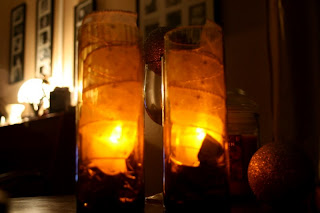 It's going to be amazing because it's all I have ... apart from Recormon shots in the butt and Dialysis clinics.
at November 16, 2011

Email ThisBlogThis!Share to TwitterShare to FacebookShare to Pinterest
Labels: Thanksgiving