Didn't have a New Zealand flag to wave with the new visa.
Larry has the flu, winter has not been his friend this year. 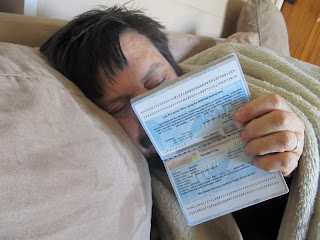 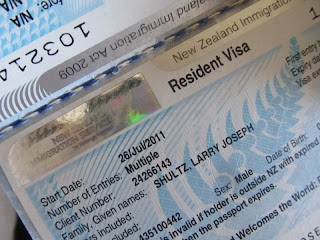 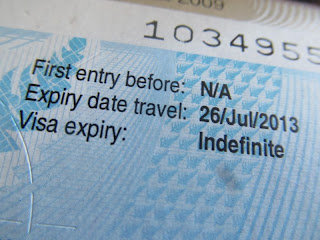 A week ago I received an email from Immigration NZ to say that his status had been updated on the website and I could log in to read the details. The details told me the visa expired in 2013 and my heart sank when I thought 2 years from now I'd have to go through this whole process again with Immigration. I sat on that information solo for a few days telling myself that at least we'll have 2 years relief.

It's rare, but it turned out I was wrong. The visa states that in 2013 he needs to reapply for a travel visa (similar to the I-131 Advanced Parole in the USA) and as seen above, the visa has no expiry date. Conditions are, if he leaves the country he will need a travel permit after 2013. Easy enough.

We met a Nurse yesterday at dialysis, she was Irish, who has been a permanent resident for 22 years. When we asked why she hadn't naturalized herself and become a citizen she said if her father were dead, he'd roll over in his grave if she were to swear loyalty to the Queen. We'll cross that bridge when we get to it.