A cold day in The Bay today.

We were warned on Saturday of a polar Antartic blast heading our way. As you do, I didn't believe the newspapers until I saw the condensation rising from my lips as I lay in bed this morning. 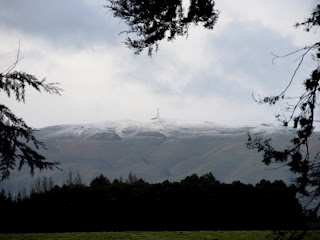 Mt. Erin got some snow and it stayed all day because of the 4 degrees temp that was pretty level through-out the day. 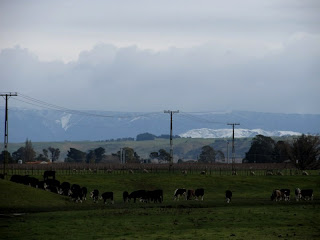 The Kaweka's. I took my brothers three big kids towards that way to see how far away it was. It was too far, so I turned around and came home. 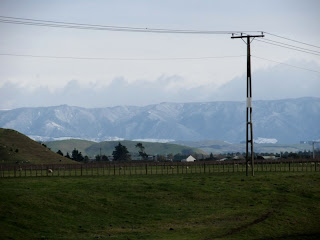 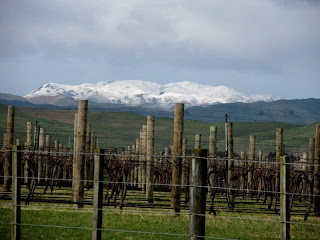 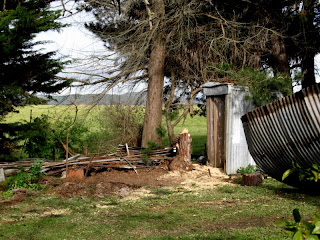 Bro and Step-Dad felled two 60 year old pine trees today at the back of my grandmothers house. See the dunny on the right? It's the bathroom of the Apocalypse .. just like road kill is the food of the Apocalypse. 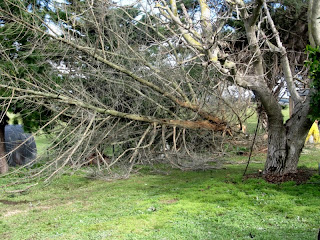 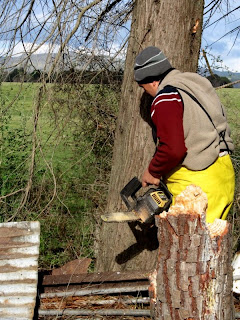 The calculations were a bit gangsta. I predicted the truck pulling the tree down would be hit, but I underestimated the cutter. 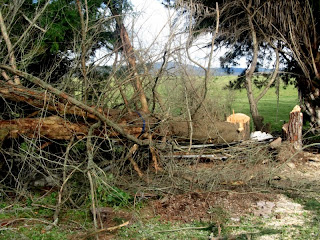 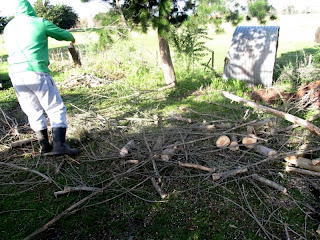 Paid my nephew $5 for my cord of wood. He won't understand that I ripped him off till it's too late. That's his Dad doing his job, I can use that against him. 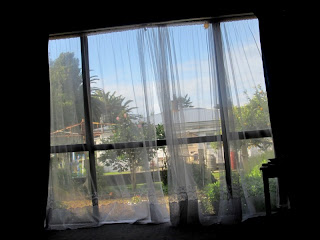 The house next door is my grandparents house where my grandmother & Aunty (mums sister) live. Sometimes, it's torture. My sister will vouch for that. Now we have enough wood for roughly 2 weeks, the best part is coming home to a warm house. That's Larry's foot there on the left, he's asleep on the couch.
I'd be appreciative if winter could end in 2 weeks or if Mother Nature can pay my power bill next month, I've been rocking the heat pump all weekend.
at July 25, 2011