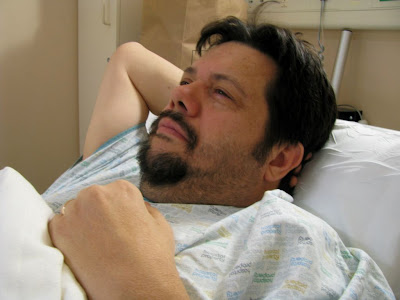 After Recovery.
Location: Cloud Nine.
When I asked him what day it was he said Mothers Day. 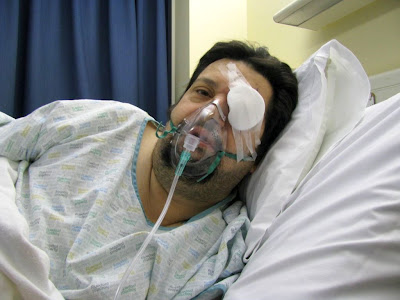 Day after.
Mucho swelling, but he says the pain is not near as bad as last weeks after laser surgery. 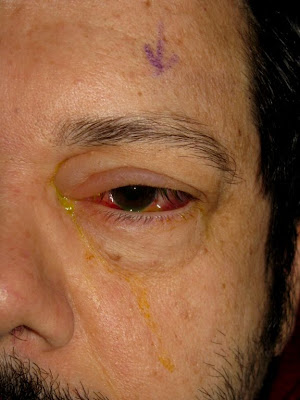 I had to post this image, it was in the same set of images with the eye photos.
It's my sister.
Picking watercress.
From a ditch.
A ditch, as in on-the-side-of-the-road-catching-rain-water ditch. 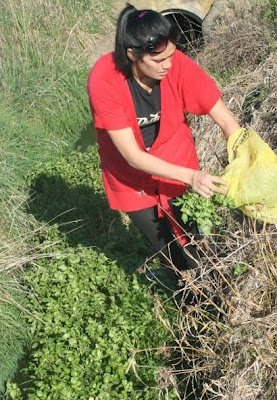 We went to pick up his prescription medication this afternoon, which was his three months worth of medication. I had my debit card out and ready waiting for the bill, but it didn't come. Instead the pharmacist informed us that there was nothing to pay because he is now exempt. As much as I wanted to ask questions, I didn't. I've learned from several medical personnel over the last few days that there is a don't ask don't tell policy they all tend to secretly cling to.

I don't know .. but I will run with it.
Unfortunately Recormon passes through NZ's FDA equivalent each time it's ordered and we've been using a different pharmacy for the Recormon prescription because our regular pharmacist is in the dark on a few things.