She needed something more than basketball. After seeing a cousin post a question about Brazillian Jiu-jitsu a few weeks ago, for his daughter, I asked him how it went for her. He said they didn't make it through the door. She flat out refused. So I schemed a plan and told Hub's that Asha was doing it and he told Asha that Hub's was doing it.

It was a match made in Brazillian heaven. 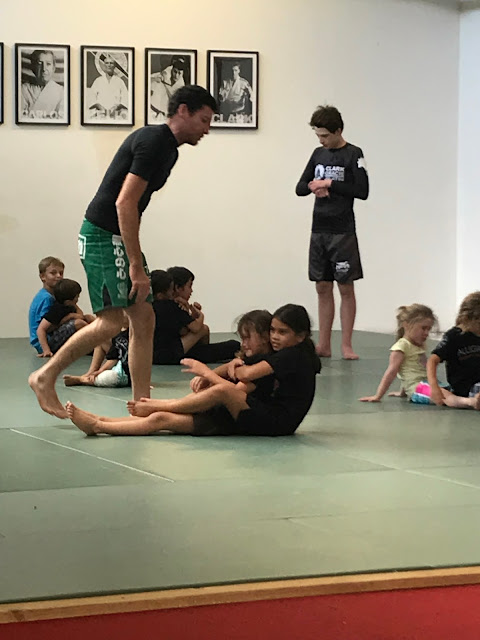 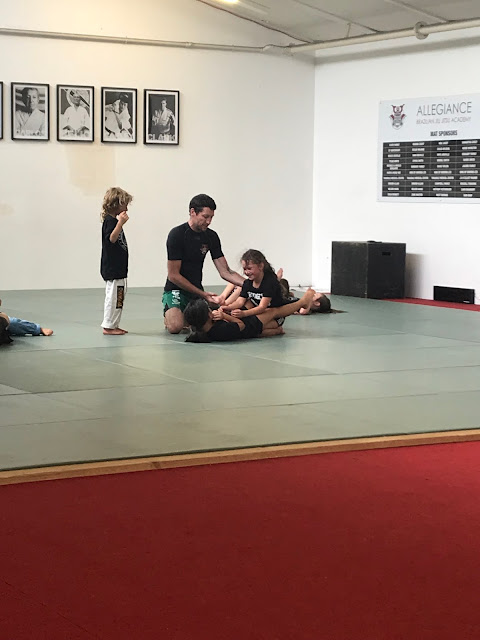 It's pretty amazing and if anything, it's a good way to burn off some energy. 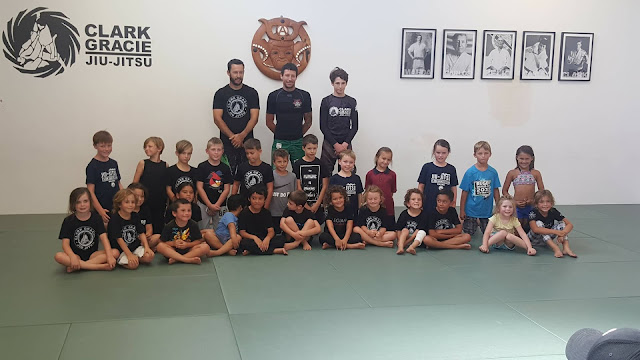 Pretty cut about the quality of the photos. I haven't carried my camera around with me for a while and I relied on the phone camera photos of others and they had Samsungs ... enough said.

We need more of our own in there. Sitting waiting for it to begin today more far-now showed up to trial their child. So that's three for Bridge Pa so far.