Two years ago I bought spaghetti squash seeds from Trade Me. They're still up in my cupboard waiting to be planted, but I went to Countdown last night and as I was checking out I saw the customer over from me with three in her cart. I asked the check-out dude if they sold spaghetti squash and he didn't know what I was talking about so I asked someone else.

And there they were. At Countdown. I've been waiting seven years for spaghetti squash to be available locally. They're your noodle alternative. I cut mine in half and zapped it in the microwave for 7 minutes. 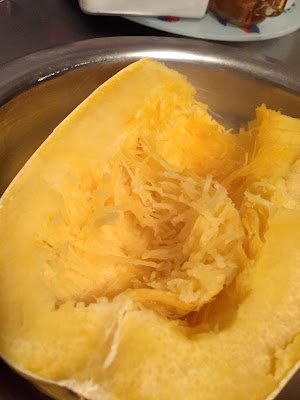 Then you take a fork and scrape the edges towards the middle and it becomes quite obvious why it's called sgetti squash. 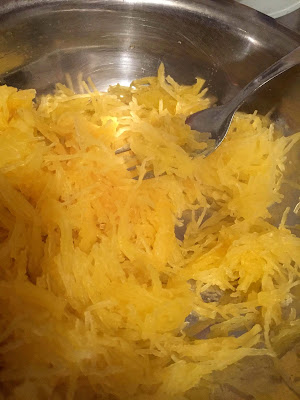 So with my new found ways of eating, I removed the hokkien noodles from my infamous chow mein recipe and added the squash noodles as a substitute. 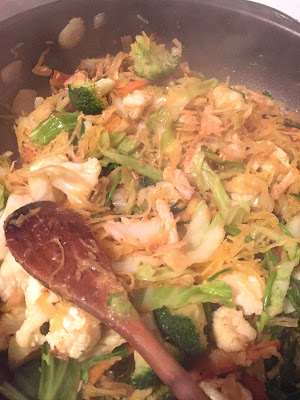 Looks great. I wonder why they sell them now?