It's a free trade agreement. It's purpose is to make trade and business more mellow across the 12 regions. When you hear that the counties involved account for 36% of the global economy, I would have been all over that like yesterday.

It's new trade opportunities.
It's conforming.
It's pretty much signed mate.

My fellow Maori extended farnow whanaunga are worried that the Treaty of Waitangi will change (or disappear) because of it, but it can't be amended because it's a founding document that's recognized internationally. I do know that in it's contents it basically states that the treaty is not a part of the domestic law in New Zealand and we're protected under the Crown. TPPA is not New Zealand annexing to the USA or any other of the countries involved.

It's all about business.
If you are so serious about keeping Maoritanga alive ... take off your Nikes, get out of your BMW and ride a horse right by Pak n Save to the kumara plantation. We don't navigate by the stars anymore, we use a GPS. That's conforming.

This is superficial of me, but we might get a WalMart and a Costco in New Zealand from it.  That's good news.

What I don't like about the TPPA, is that the Prime Minister of New Zealand went about it all in such a shady way that it's bought out the ugly in the Kiwi people, and rightly so, but that's politicians for you. I don't think a referendum on the issue would have changed anything. Shady is shady. For more on that see the Florida votes for the US Presidential election 2004.

People are making it bigger than it really is.
... and scene. 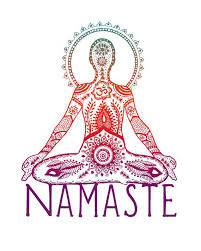