Running on no set curriculum at the moment because school haven't sent her first resources for the year. So I'm winging it and since she woke up for a sandwich at 4am this morning, we got to talking about meteors and shooting stars. I told her about going see a meteor crater in Arizona back in 2000, which she said she remembered doing (do you remember her being there Ariel?) and we ended our early morning at 5am after watching Space Shuttle launches, explosions, landings and hearing the double sonic booms when they re-entered the earths atmosphere bringing us to today's lesson.

I remember the first time I heard the double booms when the shuttle landed at Edwards Air Force Base. I didn't know what the hell it was, but it sounded like someone threw a couch at my ranch slider - twice. When I rang Larry, who was at work on the roof watching the shuttle come in, he told me what it was and it became a common thing living in the Mojave all those years.

The gist of the lesson was as such:
The atmosphere is like an invisible blanket over the earth. The atmosphere forms our weather patterns, protects us from radiation from the sun (ozone layer) and helps the earth stay warm (Greenhouse effect, which we didn't go into that much today). 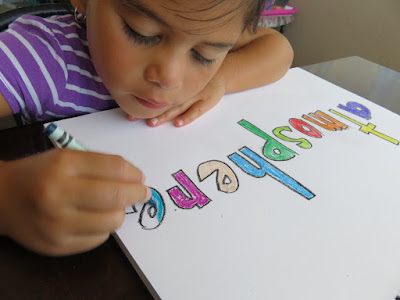 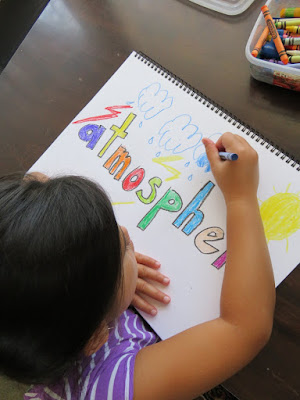 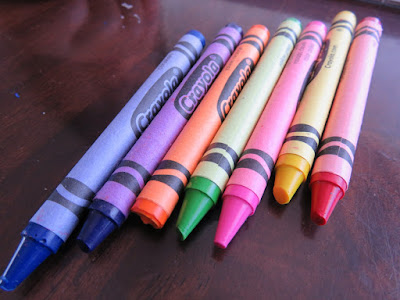 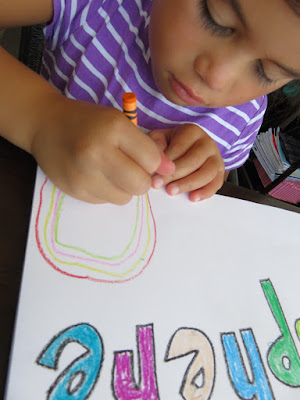 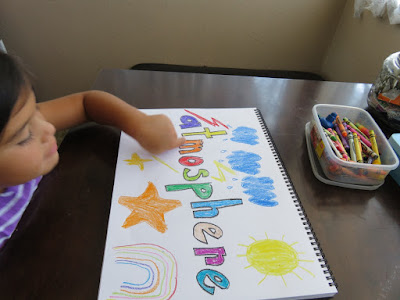 Air in the atmosphere is made up of Nitrogen, Oxygen and Argon - and other gases that weren't worth mentioning at this point. Air is invisible and helps us, plants and animals (like that trunk-less elephant there) breathe. 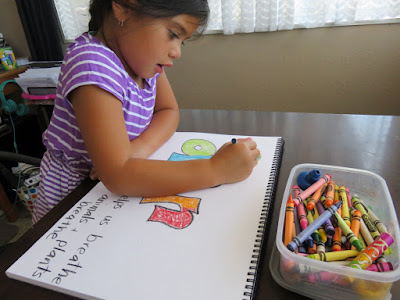 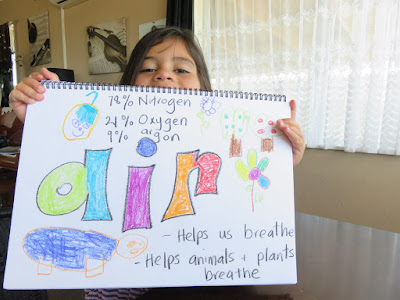 The earth is called The Blue Planet because there is lots of water on it. 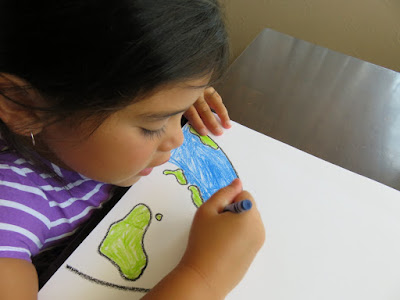 There are 5 layers in the Earths atmosphere. 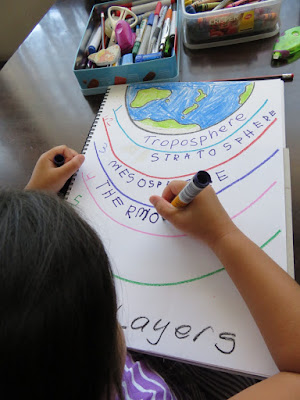 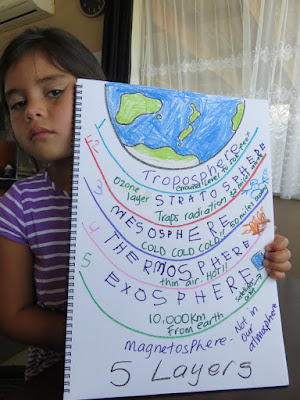 She was more interested in meteors and where exactly Astronauts poop when they're in space. Also need to take her back to Arizona because we didn't get photos of her by the big crater last time ....
at February 12, 2016

When we lived in the bus, we went back to that meteor crater and to the Grand Canyon :) I don't remember her being there, but I have a bunch of pictures somewhere Daniel and I took of that trip :) And of course of us fighting in the back of the truck.

Also, no one should ever go to Arizona, because it's seriously the worst. Except I suppose for craters and the Grand Canyon :)

My class was also talking about the atmosphere recently. First they wanted to know about how the Hulk was made, which led to gamma rays, and how the atmosphere protects us. Then we talked about how dinosaurs died, and some of the ideas were that either a comet or volcanos changed what was in the atmosphere.

Sidenote: there is an app, or something we have, you can watch NASA stream and watch astronauts like 24/7 just doing whatever they do, fixing things or eatting or whatever. If you can find it, she might love it :) We just have it on our tv all the time to feel like we're in space.