So it's Valentines Day and my valentine is sunburned and wearing a purple dress. Sitting in sacrament I crossed my fingers hoping no one would mention what day it was today, but I knew someone would break the mould. It's like when the powers-that-be tell you not to blah blah on, during testimony meeting, about what you had for breakfast all week, but people do anyway. I always wonder what's so great about breakfast that makes one so emotional enough to share the fact they've had bacon and eggs all week. A blog is for ish like that not fast & testimony meeting. I try adjust my attitude, but then that one thing happens that gets your belt off-kilter again.

Got a new Councillor in the bishopric line up today. Funny, I told my Mum about a dream I had about that very dude getting that very position a month ago. My neighbor across the road also died in the dream so I'm keeping my fingers crossed he doesn't die this week.

This happened during religion. 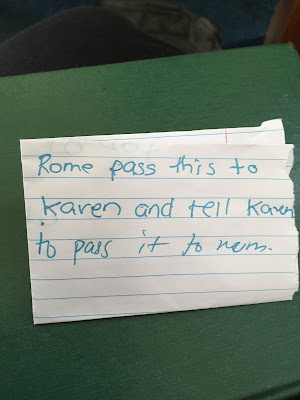 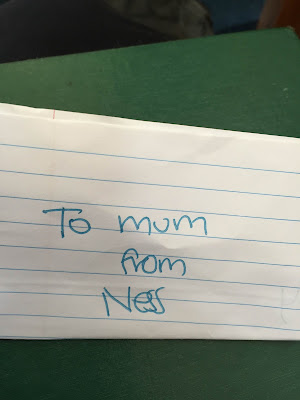 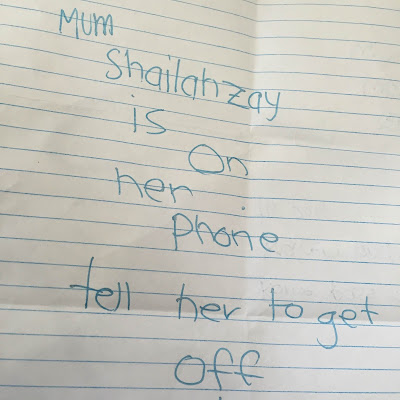 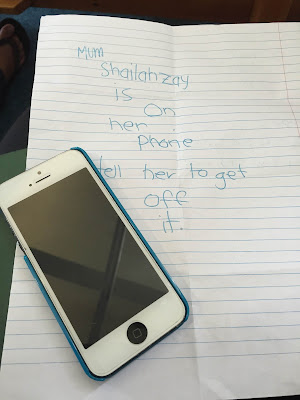 So many of the youth in the ward are on their phones during sacrament meeting. If it weren't for Nessa's snitching example, Shai would have been on it like the rest of them. Giving the youth the WiFi password is one of the worst things that has happened in the ward and unless they know how to rig up a proper firewall, looking at bikini instagrams while partaking of the sacrament will be the norm.
Lunch time - trying to eat better, but that low carb bread tastes like cardboard. 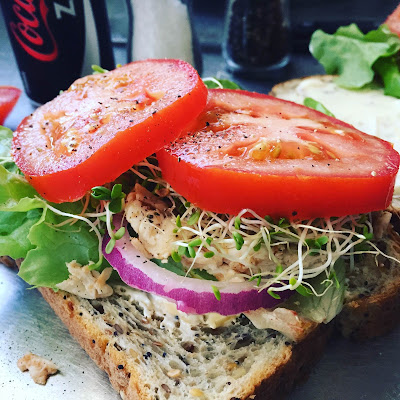 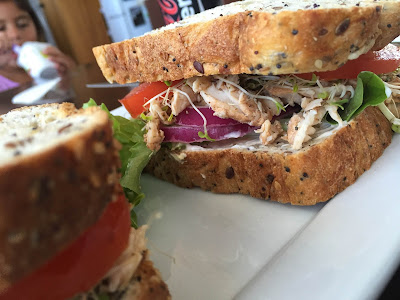 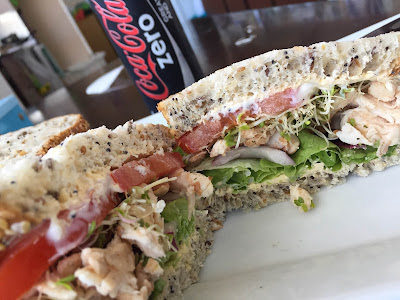 Dessert - 4 weeks tomorrow!
I was never around when The Livians had a newborn or during any of Mitchy's pregnancies. When Jeston was born I was here for two weeks and the next time I came back he was nearly 18 months and would not come to me even when I bribed with marshmallow popcorn. It's been an experience the last ten months with Mitchy and I've very much imprinted on the Little One. How can you not, she's delicious! 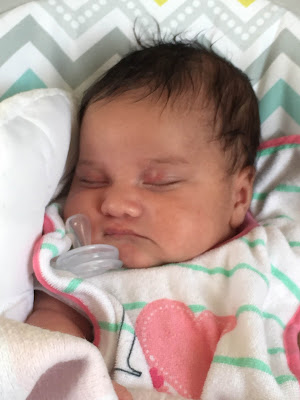 My Valentine card from Hubs.
I had six Valentines. Hub's got a cup of banana M&Ms, Bebs got morning smoochies, Mitchy got a sammich, Tyler got steak & eggs and Avi got cuddles .. for most of the afternoon, evening and night. 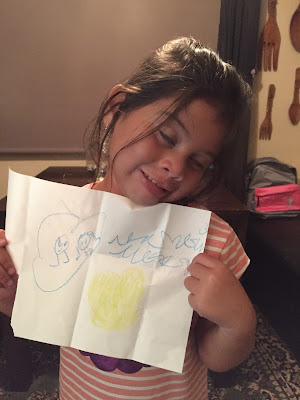 Happy Valentines Day to those I love on earth and in heaven!
at February 14, 2016

My friend and I used to call fast and testimony, "Open Mic Sunday" and we had a few people who reliably rambled on and on, so we would try to guess each time, will it be 14, 15, 16 minutes this time? Also, we had a lot of jokes with the hymns. For example, our fave was that one where it's like "And we hear the desert singing, carry on carry on..." because once some random lady leaned over to me and just says "Carrion is a dead animal." So we would sing it like it was carrion, but privately, because its pronounced the same :)