November 06, 2015
Last week Tyler, who leaves for work 2 hours before I get up, left the hair straightener on in Hubba's room. That same morning, my sister rang me twice before the legal time in the morning of 9am. It's a rule I gave her. I answered the second time because I thought it was important, it wasn't ... but she became our hero that day because when I got up I could smell the hair straightener and when I looked into the room, there it was burning a mark into the drawer it was on.

Sent a rude text to Tyler along the lines of ... 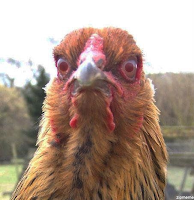 .. and answered my sisters 3rd phone call before 9am.

I've been paranoid ever since and when I hear her stomping around the house like a herd of elephants, I wake up because she'll do it twice. Thus, my morning rituals have changed. I'm an hour earlier than usual this week and this morning, as I sat on my bed and wondered how I could catch up on that extra hour, Mariah Carey's song 'My All' began to play from the dock.

Several times a day my mind reflects back to Larry. It always does and when this song came on I listened to the words and decided that no, I would not give my all for one more night because what would the point of that be? It would be torture to wake up the next day and he's not there anymore.

I read this this morning and thought, it's enough until I get there.

The Spirit World Is Right Here on Earth

In Joseph Smith’s visit to the Johnson farm, he told Benjamin F. Johnson, “From a boy I have been persecuted . . . Why should I not wish for my time of rest?” And then he said, “I would not be far away from you, and if on the other side of the veil I would still be working with you, and with a power greatly increased, to roll on this kingdom.”

This story highlights another important doctrine of the restored gospel: the spirit world is right here on earth and the spirits of our departed loved ones are in reality among us. This doctrine is as comforting to the Saints as it is unique among Christian beliefs of the afterlife. Our deceased family and friends are not gone, neither are they far, far away in some distant “heaven.” The Prophet Joseph Smith taught, “They are not far from us, and know and understand our thoughts, feelings, and motions, and are often pained therewith.”

I think it is the unique doctrine of salvation for the dead that really gives personal meaning to the doctrine of the spirit world. The teachings of the early Brethren emphasized the nearness of our family, the nearness of the spirit world, the relationship between the two realms, and the fact that spirits continue to be interested and intimately involved in the Lord’s work on both sides of the veil.

PS: For Sister. Being up an hour earlier doesn't change your phone call hours. It's still after 9am.
Kiss kiss, hug hug.