Took Nessa out for a late birthday lunch yesterday to The Station in Napier. 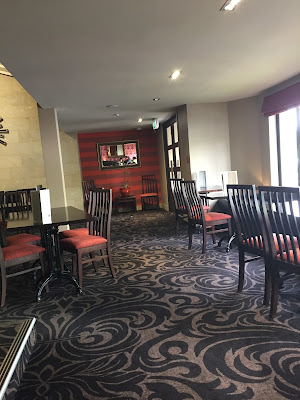 Way too much food. 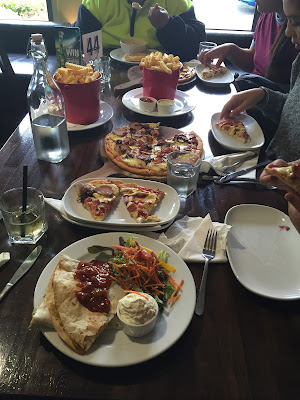 Primary is having a trunk or treat at our chapel on Saturday. Third primary activity for the year. Activity-wise, Ward Primary 3 - Ward 0. My Mum is going all out for the trunk or treat thing. She overwhelms me coming up with new ideas or additions. She's giving me a headache about it. The polystyrene grave. We thought of being hilarious and putting a living persons name on the grave, but thought that might offend. 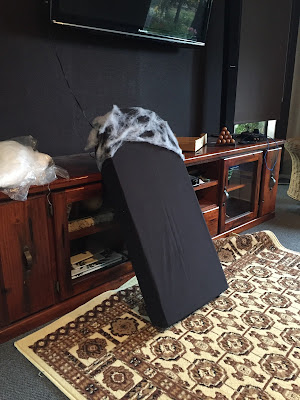 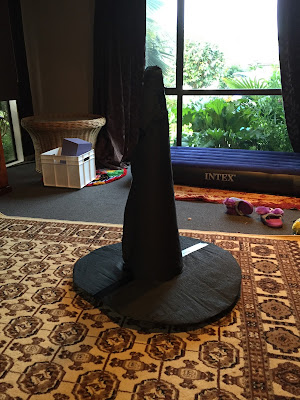 The Saudi's watching the semi-finals  this morning.
In style! 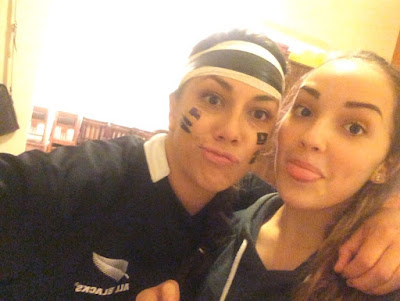 Hubba watching the semi's this morning.
No loyalty. 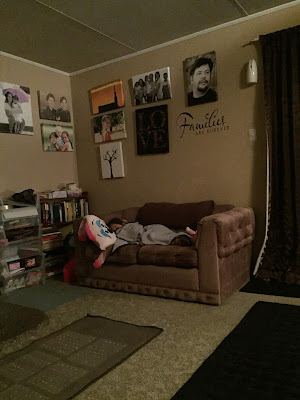 How Fiorenza watched the game this morning! (NZT) 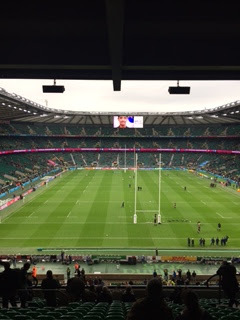 80,000 people.
That's more than the population of Hastings.

The game was a shambles, especially the first half. By half time I willed South Africa to win. It was the last 10 minutes that got my heart racing. Carter was trying to set himself up for a drop kick, but wasn't comfortable and instead passed it to SBW who offloaded nicely to Read who was tackled and knocked the ball on. South Africa start again under the posts and after mucho defense from The All Blacks, the ball is knocked on and NZ in the finals. 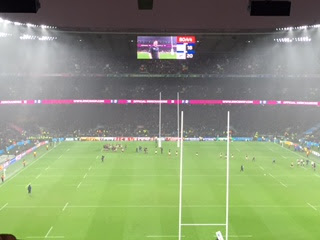 Colossal power from South Africa. Epic scrums and breakdowns, but power was the only thing they bought to the game and NZ won on power and skill. Looking forward to tomorrow mornings game Australia vs Argentina. I would love for Argentina to take Australia down.
Vámonos Argentina!
at October 25, 2015