Back in 2004-5 Larry came home all excited to tell me about how he had lunch with Yvonne Craig at the Sherman Oaks galleria. I asked him who she was and he told me I was committing sacrilege not knowing.

She was BatGirl on the Adam West batman TV series. Learned this the hard way and by that I mean if anyone knew my husband you know he could talk the ears off of a wooden Indian. He trained her in 3D for a short while and they became good friends. I'd refer to her as 'his old girlfriend' because just like Captain Kathryn Janeway of the USS Starfleet Starship Voyager who later became Starfleet Vice Admiral and Jubba the Hutt slave Princess Leia, he was smitten by her. 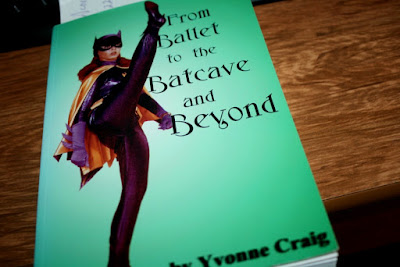 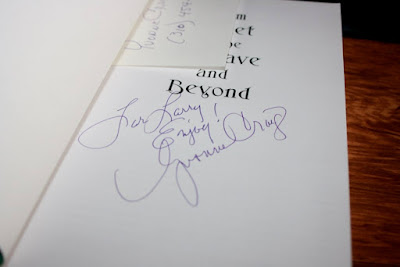 She's gone to bat heaven.
Hope she's not my sister-wife when I get there Monsieur Shultz. I've seen her photos from the 60s don'tcha know.
I should read her book.
at August 20, 2015