As much as I wanted pizza tonight, I hit the Asian Grocery store yesterday for dumpling pastry to fulfill my goal to make them for lunch today. That was until I went to Bento Bowl in The KMart (muy disgusting btw). Found a complicated recipe online and followed it. 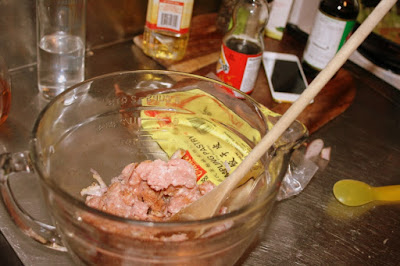 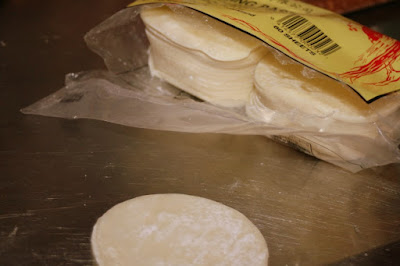 To make them dumplings, the recipe called for quick frying  then simmering in water for five minutes. 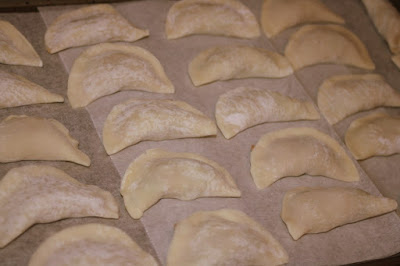 I tried that and it didn't work out for me so my dumplings became Gyoza, which is the same thing except crispy. 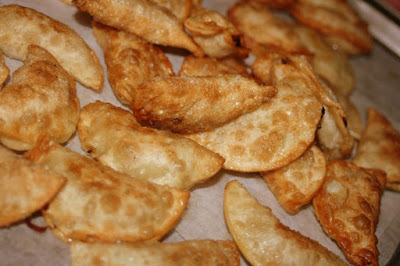