There was lots I wanted to do today, but I stayed up till 6am and slept till 10 waking up every hour to, "Are you dead? I'm just checking!".

The All Blacks were defeated last night by South Africa in an epic game. Epic. This is ok .. because it's not Australia. That would be psychologically problematic for me. Great game though. The Boks fought to the very end and their coach is always on fire, I think even I wanted the win for him.

I'd like to go to bed early tonight, but I'm going to watch the NRL grand finale even if I have to do it half asleep with one eye open. It doesn't matter who wins this one, they both became favorites during the times I was forced to watch that ish and grew to like the sport.

A must have in every bathroom. It's the Aunty Debbie way. 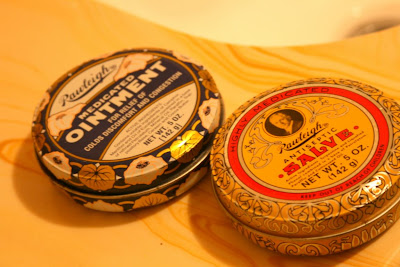 The child has been scratched and bit up by the dog for the last couple of days and these goldie oldies definately do the trick to clear that ish up right quick. It's like an neosporin of oinments.
at October 05, 2014

I'm glad it's working. I wish I could watch the games.