What a day.
#77 Whatever-soup-Tyler-had-in-her-cup.
Looked like pavement lime mixed with water and parsley.
Soup is soup. It counts.
Should have cropped her out. 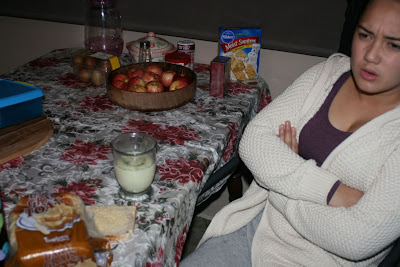 I had a big post ready to go re: the events of last night/this morning/today/tonight. You'll get the brief version.

The last Origin game was last night.  Tyler didn't want to be home by herself, so she got dropped  off here. In the meantime, someone put strawberry milk in my fridge and the child found it. She had her first solid accident in bed last night since she's been out of diapers/nappies. She was dead asleep when it happened. I'm usually on top of her allergies and intolerance's, but this one blindsided me. Be glad I was too grossed out for photos.

Then this.
Who do you ask for help at that hour? 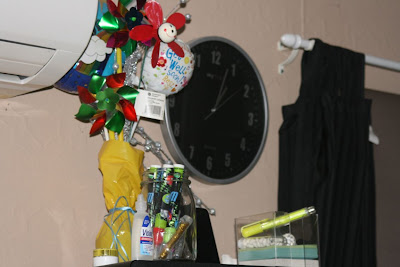 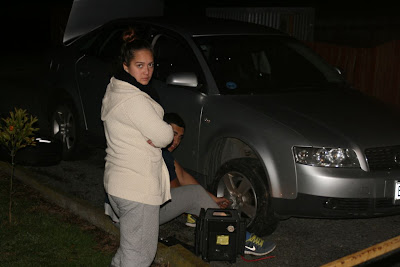 The car collapsed ten times.
I counted and the tyre was so damaged, the tread was wrapped around the wheel base. Then bright spark comes inside.
We need to hold the car up.
WTF? Who?
Me and you. We just need to hold it up enough for him to take the tyre off before it collapses.
And how are we supposed to do that?

I must have forgot I was Batman for a moment.  I followed Robin outside and she starts to push the car backwards so the wheel could be removed. The jack was an unstable son-of-a-gun and just as the tyre is coming off of the wheel base ..
Like this! she says pushing it off the jack.
Car collapses on the wheel base.
Jack is stuck under the car like a dead possum on the road splat.
It's 2am.

After waiting for road side assistance, they left around 3am.
I gave her a new house rule.
No staying longer than 10pm.

Then there was dinner tonight with my parentals. Let me just say this.
Do not go to the RSA for the $8 dinner on a Thursday night.
Knew something was wrong when they did The Last Post before serving dinner.
Let's just stick to what we know Papa Greg.

I'm lovin it.
Star Trek: Into Darkness awaits me in the lounge.
Definately setting phasers to stun next time Tyler comes over.
I really hope someone gets that ^^^.
at July 10, 2014