The YW in my ward went to the dawn parade this morning. I must google why they do it at dawn. Surprised Shaily woke up for the occasion, I couldn't do it. I have yet to graduate from seminary because dawn and I weren't friends. I asked my Mum if my great-grandfather was a war veteran. She said he signed up all ready to go and he went and then got sent home because he had a family back here. She said back then, people signed up to go to war as if it were a fashion and alot of men lied just to go. I don't know how true the story of my grandfather is, but the Aunties were both military affiliated and I appreciated them lots. Their regimental ways made me a decent person.
Took Kia and Hubba to see the thingys at the Hastings monument this morning. 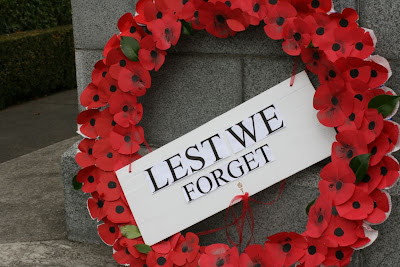 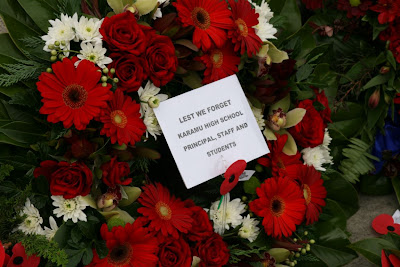 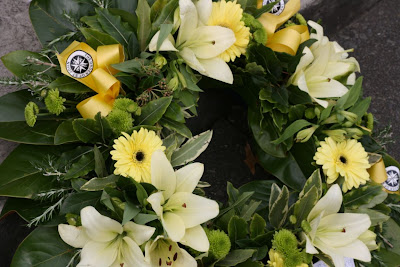 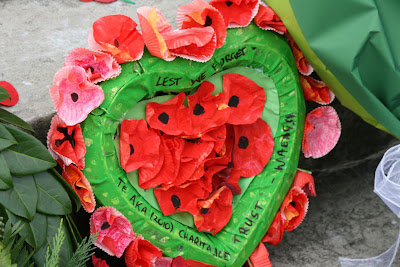 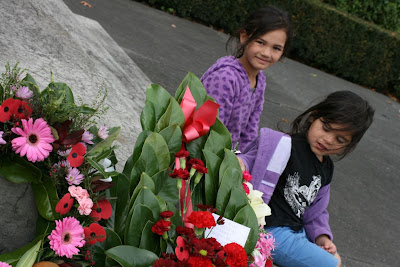 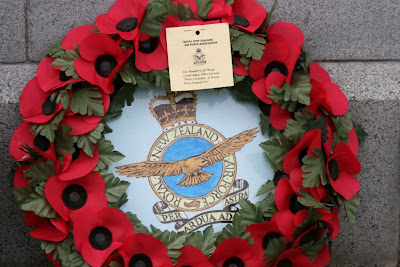 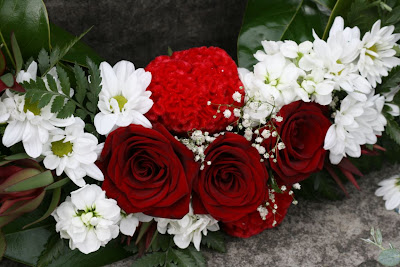 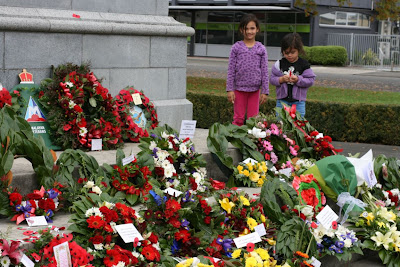 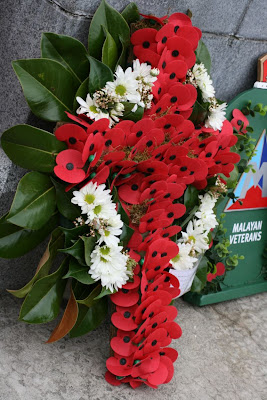 Carvings at the library in town are for the different marae in the area. Each face the direction of the marae they were carved to represent. This is Mangaroa .. or Korongata .. I can't remember. Both marae are here in ruralville.
Hubba didn't care. 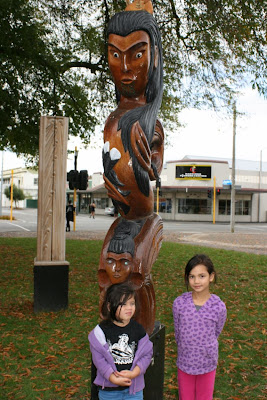 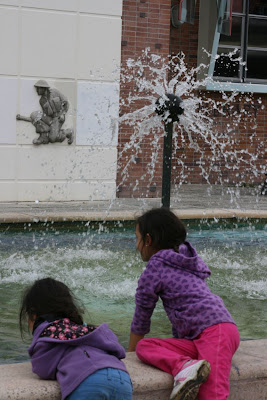 "You have to make it from this side to that side by only standing on two colors"
"What are my colours?"
"Purple and red" 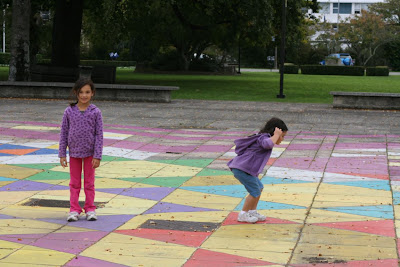 "I'm jumping on any colors. I don't care. I'm not playing. This game is dumb". 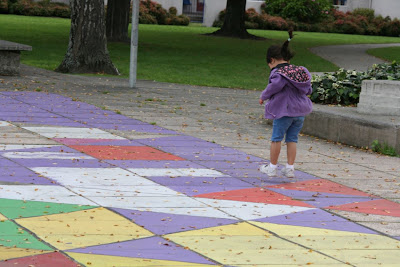 "Two colors? OK two colors. Just two. Well I'll probably win this because there are alot of purple ones, except for that area where there are only blue, so I won't go that way I'll jump on all the red to that purple one then I'll double jump to that one and then I can spin round to that one and  ..."
"Shut up Kia". 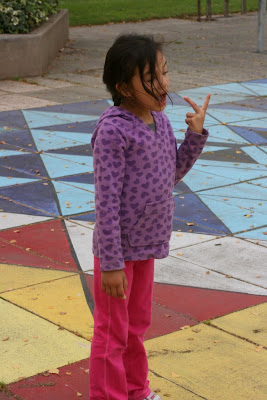 Hubba stuck her head in the fountain .. she looks boyish in this picture. 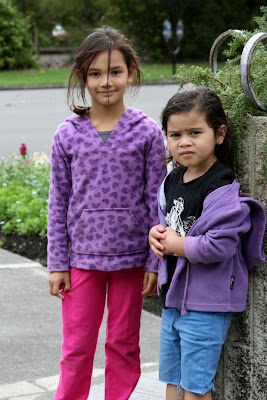 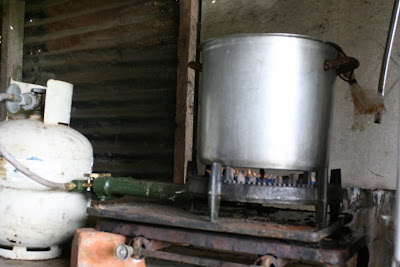 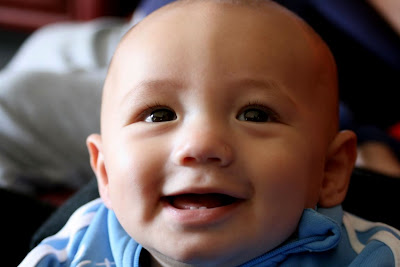 Had a keg hangi brunch with the family. Half way through our afternoon Kath calls to say she's getting rid of crap in her shed to make space for their spankin new car. We got side tracked there and my Mum, ever the hoarder, filled up a trailer full of crap to sort later. I would have taken a photo, but I was too embarrassed.
Good eats. 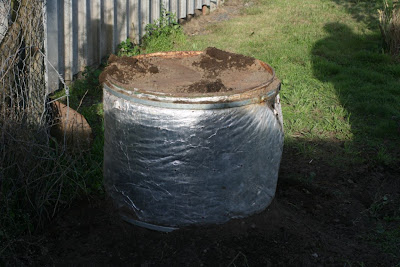 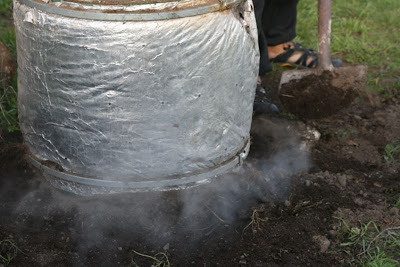 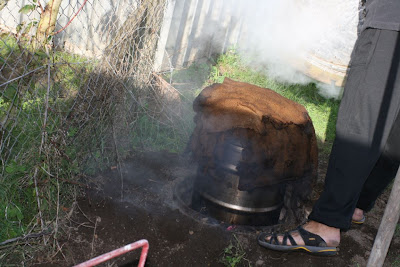 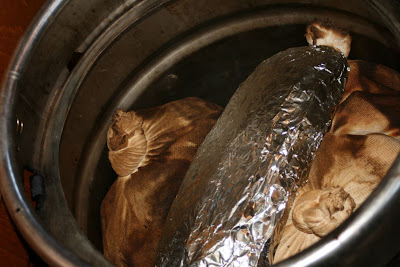 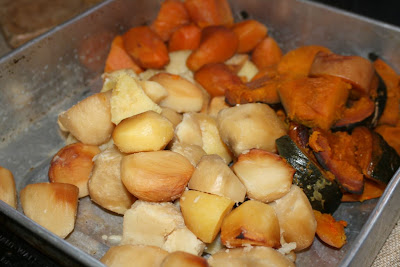 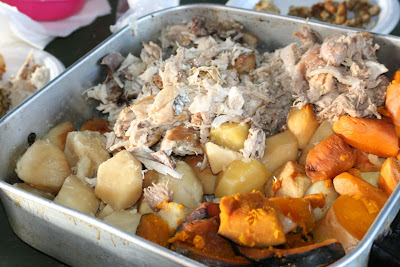 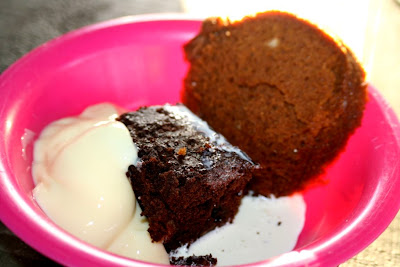 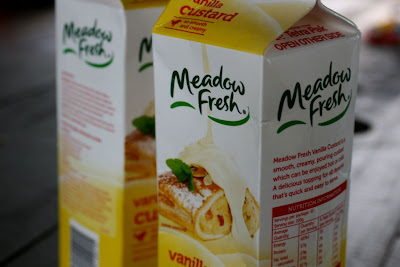 Jasiah and his motorbike. It's only for boys. No girls allowed.
So who let Hubba on? 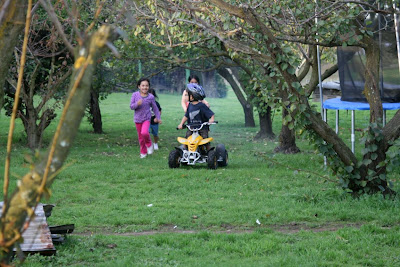 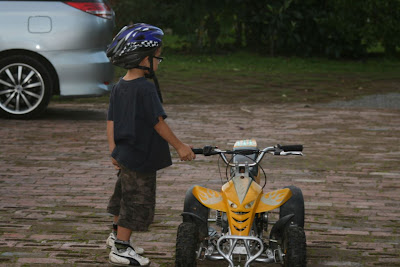 Remember Deka?
Went through some of the crap tonight before coming home. Aunty June (of CCNZ) had a bunch of stuff that Kath was going to burn. A whole bag dedicated to wool, lace and knitting patterns. I wish I was patient enough to learn how to knit. I went through a cross-stitching phase, but I was kidding myself. There was stuff from her Wealtha Dorm days at CCNZ and suitcases belonging to people from as far back as the 70s. 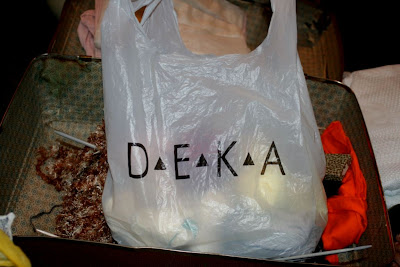 Crusaders have a bye this week.
MAC play in Central Hawkes Bay tomorrow. Still contemplating the trip there.
Nice win for the Warriors tonight and the Blues.
Chiefs got a crack from the Brumbies.
The End.
at April 25, 2014

All that good makes me hungry. Sounds like a great day and I'm glad.