Tyler and I have been making use of The Dungeon. We drop the child off to school and head there for a 30-40 minute work out. Then before we pick her up at 3pm, we head back and repeat what we did that morning. I over proteined myself for breakfast and had myself a carb crash fest. This occurs when your body's glucose reserves are used up and your body isn't use to running on fat and protein - so the theory goes. I concur.  Also known as carbohydrate withdrawals.

My cousin Mere came over today. I was giving things away to make space in my house and she's looking for a new place to stay and I thought she'd make use of my toaster oven. She got a gadget from Farmers that she wanted to try on her kids. It's like the game Operation times ten. I wish I was there when she tried it on her kids .. they're super annoying and I would have paid to see it. 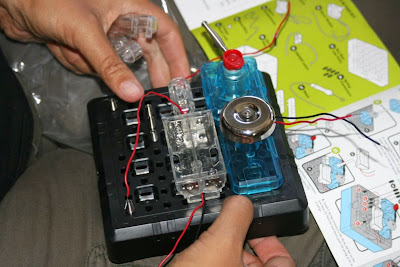 Hubba-Lush snacks outside in the sun. 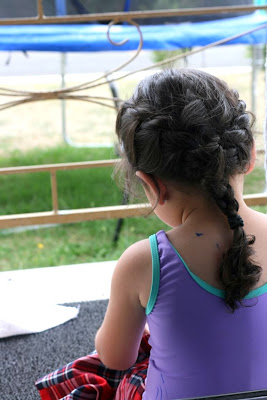 It's been a while Mr. Brittle Thermometer and I was happy to not make brittle again ever, but at the request of one - it was done. 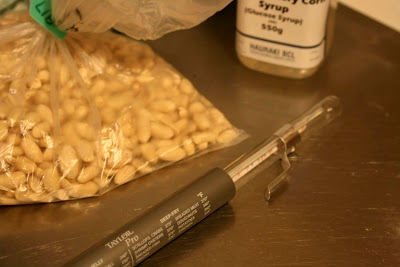 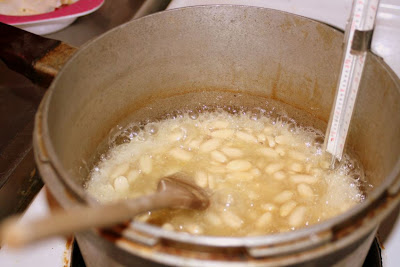 Yip ... that's part of a headstone. Mitchy told me to say a prayer over it before I use it. I seasoned it with butter and rubbed a pack of frozen peas over it and said Amen.
Hope that counts. 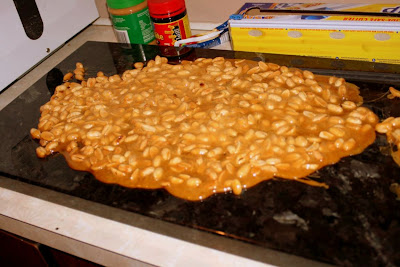 PA is having night markets sometime soon.
I'll be bringing the brittle because the tostadas last time were a bitch to do.
at February 05, 2014