In Mormonism, you don't count marriage in years because it's for eternity, but it's based on your righteousness. Three years ago today Larry and I were sealed in the New Zealand temple for time and for all eternity. It was something we thought about for 10 years because after his failed first marriage and my 'Is he worth forever?' attitude - it was much to be decided and sometimes you have to let honesty guide your way despite the 'do it first' advice we're taught. I've seen alot of people be sealed first only to divorce later. Taking that step for ourselves is the one thing that has given me comfort since his death.  It's a nice sentiment, but it's a cherishable principle for anyone who loves their spouse and family that much be able to perform.

Just like my brothers certificate from last nights photo, I too have one (not so huge) that hangs over the door to the hallway in my lounge. You can't miss looking up at it everytime you walk into the hallway and it's gentle reminders like that that keep me going.

Heading up to Auckland next week to visit sister. Get your credit card ready Sunshine. We're bestfriends next week ;) 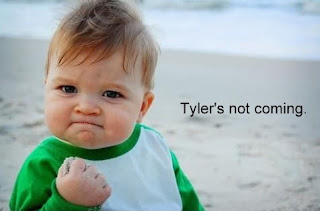