How to tell you're at your brothers house. Giganto straw in the family milk. Rome leaves signs everywhere. Other signs include, the kitten in a plastic bag, coat hanger in the fridge and lipstick marks on the laptop screen playing a One Direction song. 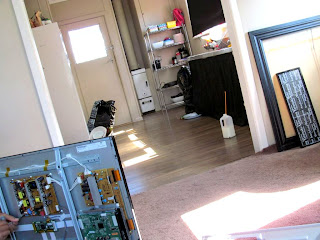 Yesterday I went to pick up Tashi for a trip to town. Since the fire ban has been lifted in the area, the bonfire that's been built up for the last year was alight. It was huge. I heard popping and all kinds of good crap when I stood waiting for my compadres. Brother told me there were bullets in the fire. 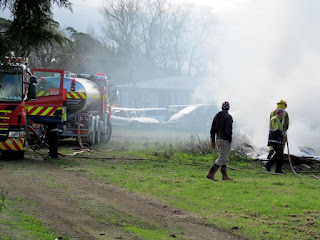 On the way back we had to pull over to let a fire engine by. Immediately we knew where it was going and we weren't dissapointed. We thought the Parentals lit the fire, because they're fire bugs - my Mum will burn ANYTHING, but it wasn't so. Someone else lit it. It's illegal to light a fire that big and walk away from it, which was the case. 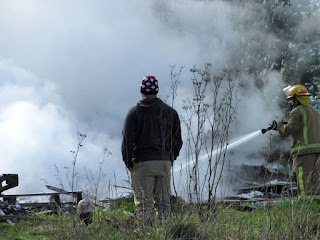 Rugby.
MAC won against Taradale, only just.
The score was 11-12.
Let me educate you.
A high tackle is an infringement during a tackle where it's made above the opponents neck (or head). Technically, if it's above the AC Joint, it's high. Very illegal and results in a free-kick penalty.
Here's a MAC player high tackling. 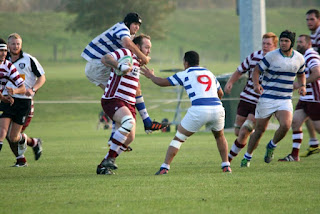 And here he is again moments later. 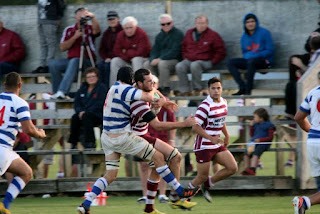 He was called on both.
Haven't clinched my teeth so much since I saw my 3 year old nephew try take on his mother and fight her during a tantrum over the Christmas period. It's ok, she threw him in the pool to cool off (knee deep).

Speaking of children, tonight is night 2 with no binky. It helped that she's a little destroyer who has discovered what scissors do. She bit binky 1 up on Monday. Cut binky 2 and 3 over the last few days and the Miomee was again lost. She's done well and probably deserves a trip to Disneyland.

Currently reading The Ministry of Business by Steve A Hitz and  James W Ritchie. Bascially says I need to put all my eggs in God's basket. There goes my Saturday lotto purchases.