Found Yerba Mate yesterday at Cornucopia in Hastings.  It's an Argentine thing. I first heard about it when Larry told me his mission stories. It's possible that it was technically illegal, spiritually speaking, because when I read up what it was all those years ago I remember reading it had high levels of caffeine .. speaking of which, Tyler had a green tea vanilla frappe yesterday and felt bad about it all day.
*rolls eyes*.
I swear at least 10 times a day and call it therapy. 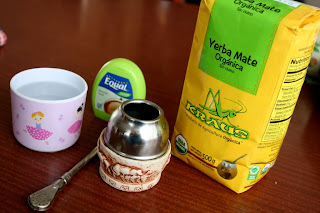 Yerba means herb. It's not really an herb though, it's a plant of the holly family. Mate is the cup it goes in to. The metal straw is a bombilla and the bottom acts as a filter because you pack the yerba in to soak. No tea bags to filter, just the bombilla.
I didn't quite get it. Mercado Buenos Aires in Van Nuys, CA was where I tried peach yerba mate. That stuff was good. I shouldn't make yerba mate because not only was it gross, I choked on the yerba that somehow made it through the filter and up the straw. 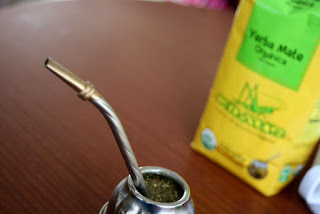 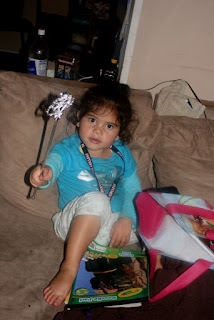 This is the crap box. I say crap because that's all that's in it - just crap.
She thinks it's amazing.
Spot the syringe!
That's how Pamol (baby paracetamol) is administered in this house and she HATES it and I don't want that because it's world war III when she needs to be medicated. I throw a syringe in the bath tub with her and she acts like it's a snake. 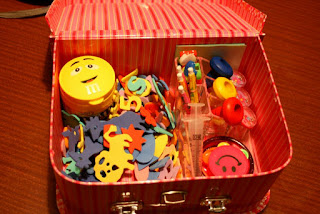 The highlight of my day was hearing Richie McCaw may come out of his sabbatical before Super Rugby ends.
He's my hero.
Yep, he is.
at May 16, 2013