Joy doesn't come until after the pain.


Uncle Darrell is my mothers brother just above her. They were close, so when he died it came as a shock to her because she thought her older brother would live forever. Not as great as the shock that came from his love, my Aunty Gabriel.

If I had ever related to her before, there was no other time than when you died where that was taken to the ultimate. During hugs, and there were plenty, she'd whisper in my ear and tell me everything was going to be alright. She told me that I had a good family to support me and that she would be there whenever I needed it and that in time, things would get better.

After the funeral, she was one of the last to stay behind that Monday night and I knew she was waiting for me to be free from everyone so she could talk to me.

8pm that night when she finally stood up to go home, she gave me a hug and whispered in my ear that it was going to get alot worse before it gets better and then she reassured me that joy won't come until after the most unbearable emotional pain.

I am at that point and I have been for a few days. I'm unbelievably sad that you are not here. You don't know where to turn because nothing is satisfactory enough to ease the pain. I thought I could find hints at church today, but all I got was a heavier heart.

Hoping for a better week. 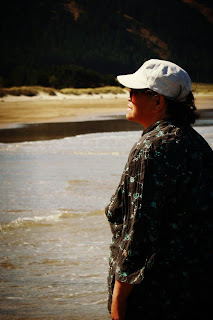 Email ThisBlogThis!Share to TwitterShare to FacebookShare to Pinterest
Labels: family, miss you