Out all day Saturday.

I'm not a fan of league at all, but our community sports club have more league teams this year including a very impressive Under 17s team. They played Napier Tech today and beat them.
This poor guy in the red broke his leg 15 minutes into the first half. 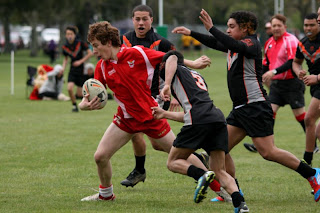 League = 5 chances to get the ball down to your goal for a try, technically 6, the last one is the final attempt before the ball is given to the other team. See? Boring. 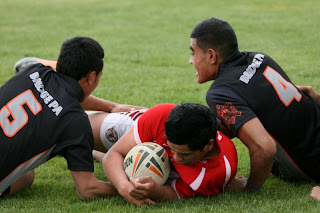 It's faster yes, but there is no thought put into it because of the limitation that is the 5 attempts. Again, boring. It's all about Rugby Union .. and the All Blacks game that is about to begin in 40 minutes against South Africa. They need to redeem themselves after lastweeks shamble of a game. 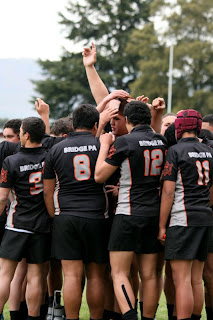 The baby at the park on a freezing day. 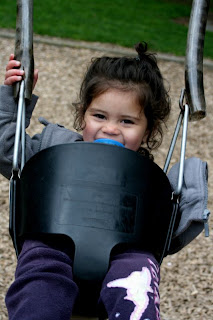 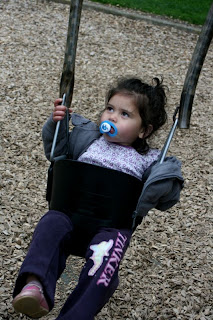 She repeated the s**t word today after I accidentally switched off my nephews Xbox with my elbow and said it.
Go All Blacks!
at September 15, 2012