You tend to lose your mojo in winter. This is how it's been photographically speaking. Even the rugby games were starting to depress me.
I think it's more of a light issue.
No sun, no photos.

My mum is a dorm parent at an all boy Maori Anglican private boarding school here and their campus has one of the bigger marae in the Bay area. The place creeps me out, but I'd heard about the carvings and the whale jaw bone inside the building.

Tried some HDRi shots tonight with the carvings. Could not find the jaw bone and I'm wondering exactly where they stored it because it's huge. 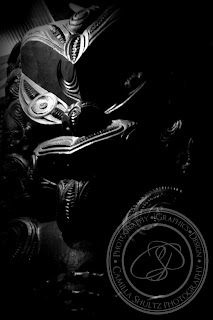 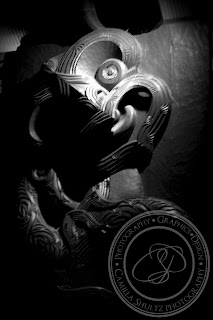 Shai & Tyler at MACs game tonight that I knew nothing about despite that I'm contracted to take their photos this season. I did not get a memo and I checked twice.
They played Havelock. They forfeited the game a few weeks ago due to a bereavement, but Havelock did not accept that and took the issue up with the union blah blah blah, MAC lost both games tonight against Havelock. 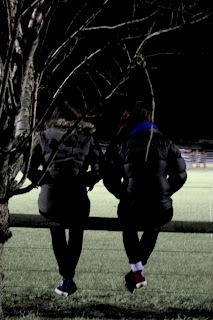 Congrat's to Michelle who got into the pre-nursing program! We will be doing it together. It's always fantastic to have a study buddy .. I know she'll be copying my homework because her dog ate hers.
at July 09, 2012