I dreamt about doing these a few nights ago. I used jumbo marshmallows, flattened a wine gum for the base of the hat, which is a cut up marshmallow, and mini mallows for the arms. 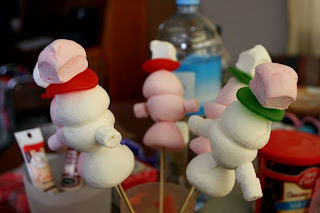 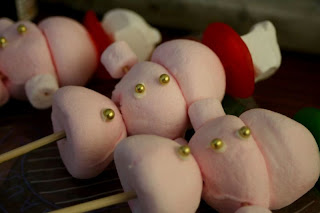 Dragees for the buttons held in place with royal icing. 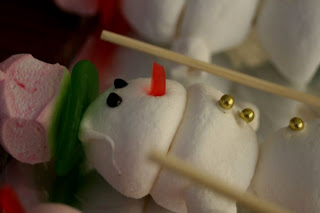 It worked out perfecto. 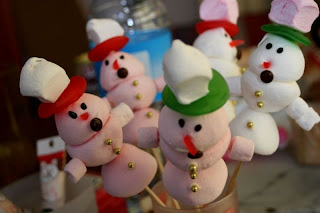 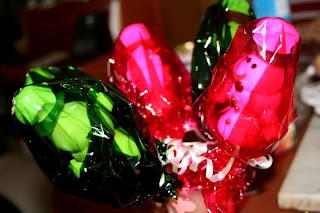 This one was more challenging. I had the idea with different edible materials, but they didn't work out so well. 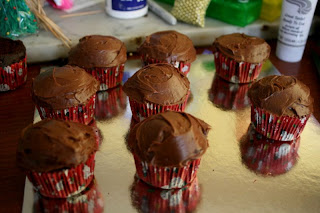 I was going to use fondant for the eyes, but it didn't sit well on the icing I used (buttercream) so I used royal icing instead. Malteesers for the nose originally and a Jaffa for Rudolf. The Jaffa was way too heavy for the cake and I had to use pebbles (like M&Ms) to make it all look uniform. 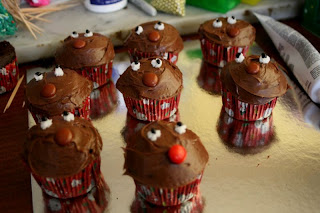 The deer antlers were originally licorice.
No dice.
The licorice needed some serious viagra, hence the pretzels. 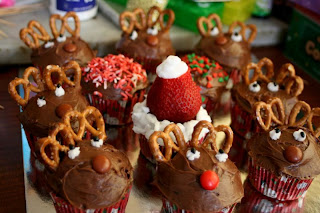 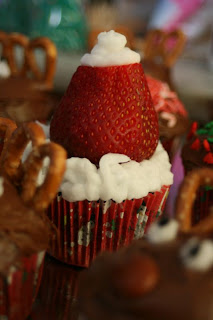 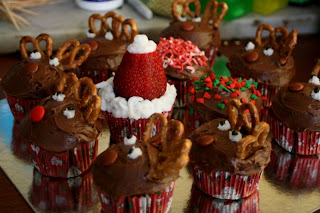 Our hubba was Baby Jesus. 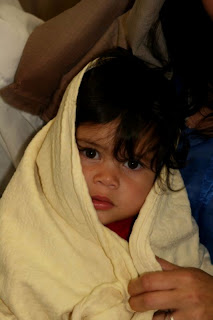 We don't have a very big ward.
There are 33 families in our ward and 11 families came.
Pathetic, yes. 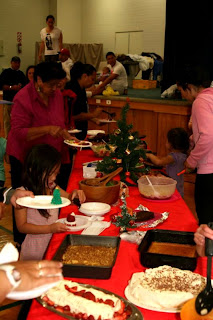 My reindeer cupcakes had fingerprints in them before the party began.
The culprits. 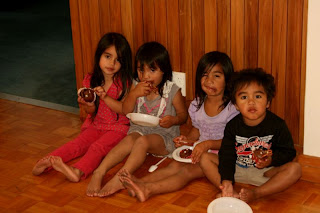 Workshops were:
Making gingerbread houses out of non-gingerbread cookies. 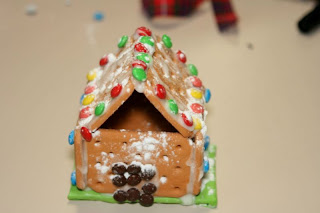 Macaroni frames for the nativity scene photos I took of the families. 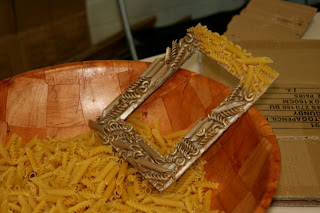 Angels out of old magazines. 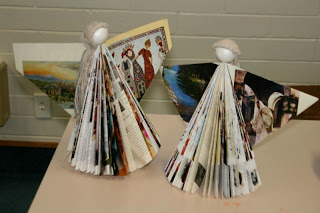 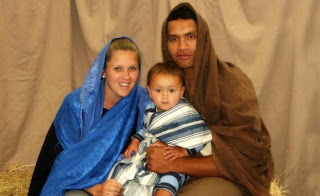 A good night .. Larry missed another good evening.
He was called in to be dialysed at 5pm after missing yesterdays treatment.
at December 10, 2011