A taste of (new) Mexico! Re: Larry

Christmas came early for Larry yesterday when we received a care package from his Mom in New Mexico. His christmas wish came true ... now he doesn't have to eat primate New Zealand food for christmas. 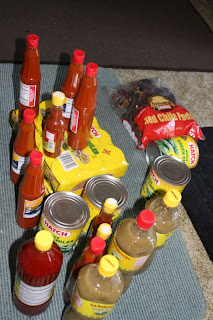 Excuse his closed eye. He had to shut it to keep it from falling out when he saw the giganto bottle of Franks hot sauce come out of the box.
Not really. That's his X-Files eye. 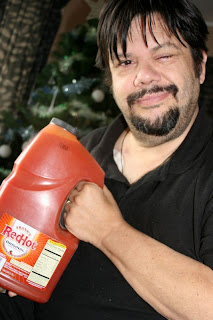 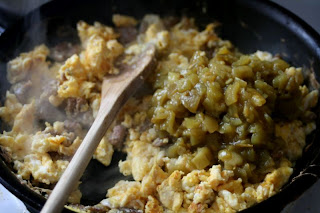 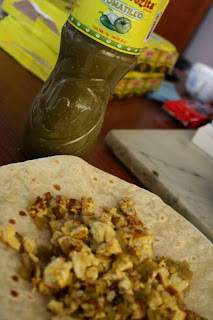 Fish Tostadas for dinner with a Lemonade Ceviche. 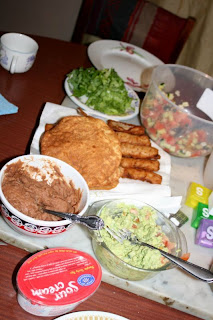 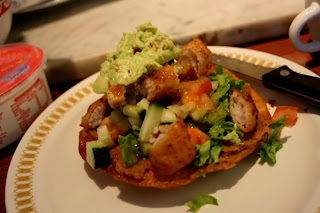 Re: Larry
Despite the fantastic last couple of days culinary-wise, the happiness came to a halt this evening when we received an array of phone calls from the hospital.

He had an ultrasound this morning for the catheter that doesn't work. That was a complete waste of time. Nurses called all afternoon to make arrangements for his admission to hospital tomorrow afternoon post-dialysis. Fluid drained from his exit site a few days ago bought back traces of infection. Peritonitis. He is on the list for emergency surgery to go in and check out the catheter, probably remove it and replace it. This wouldn't have been an issue if they had done the job properly the first time. When he had his first catheter installed they waited 4 weeks for it to heal before using it. Here we waited 10 days. It's been a circus. He'll be in for a few days. That sucks.

He has an eye surgery on the 7th to remove the oil from the front of the eye to make it look less freaky.

My poor husband.
He deserves a lifetime of Hatch green chili quesadillas.
at November 29, 2011