How simple it was to just go to a 99 cent store and buy 2 cans of clam chowder for 99 cents, or a can of clams - 5 for 99 cents. The only chowder I could find here in a can is corn chowder. I did see a seafood chowder last year, bagged, in the frozen section, but I have not seen it again this season. 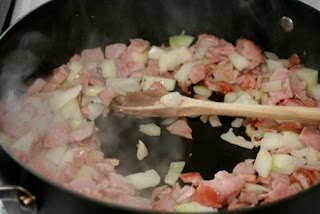 It's simple.
Fry the bacon and onions. 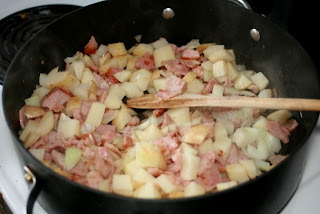 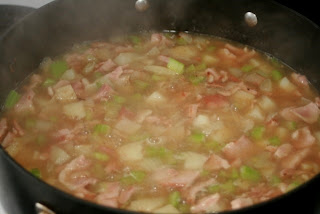 Add liquids. I used vegetable stock, but you should use clam juice. 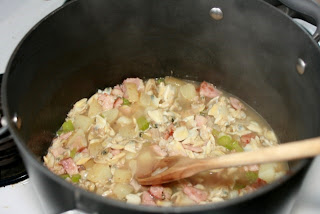 For the life of me, I could not find canned clams. Bought a bag of baby clams frozen at Hawkes Bay Seafoods. 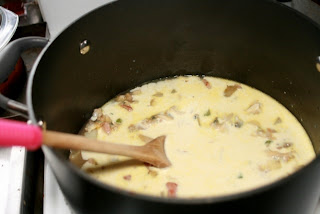 Here's the tricky part.
NZ don't have cream of celery soup, so I had to make that up just to add it to the chowder pot.
Then milk.
And heavy cream. 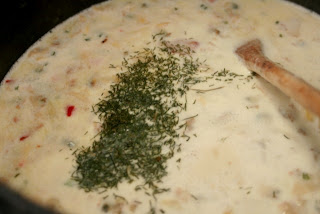 Put the dill in last.
Let it simmer for an hour then let it cool and heat it again .. then do all that over again.
The outcome is similar to a reduction, thick and creamy. 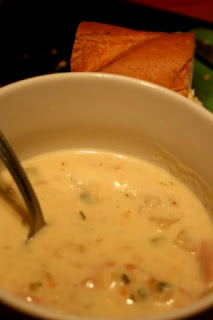 They don't have the oyster crackers here, but we had a 98cent french stick from Pak n Save on hand.
at April 30, 2011